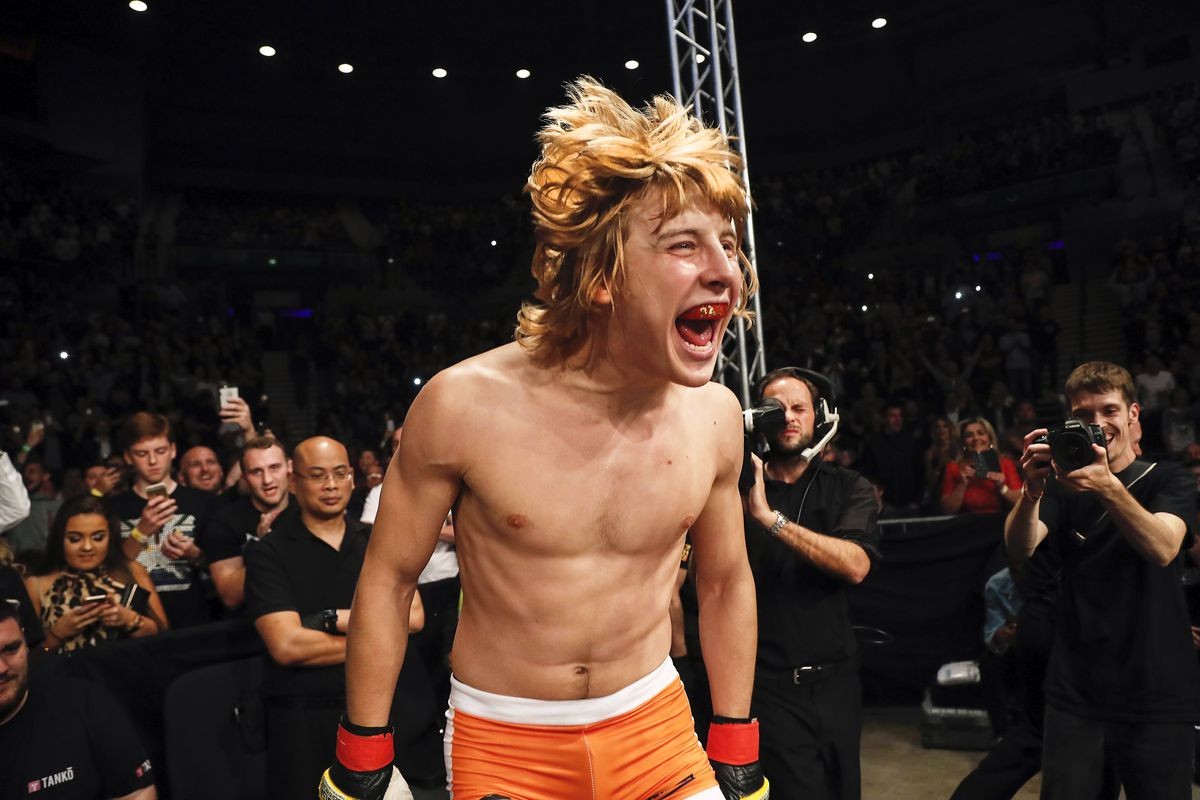 British fighter Paddy Pimblett is quickly becoming the talk of the town. ‘The Baddy’ had left MMA fans impressed with his debut at UFC Vegas 36 when he knocked out Luigi Vendramini in the very first round. The Liverpool native will now face Rodrigo Vargas in his second UFC outing at the O2 Arena in London.

Paddy Pimblett’s antics and hilarious interviews have also played a huge role in the British fighter’s rising popularity. One such infamous incident of ‘The Baddy’ occurred during his stint in the Cage Warriors promotion.

In November 2016, the featherweight title was on the line when Paddy Pimblett took on Julian Erosa in the main event of Cage Warriors Unplugged. Pimblett went five hard rounds against Erosa and in the end, edged out an unanimous decision victory. But when Pimblett was being interviewed in the octagon after the bout, all of a sudden he threw up a dark-coloured substance which everyone speculated to be blood.

Paddy Pimblett had already gone viral before even getting into the UFC, when he unexpectedly vomited during a post fight interview. But while speaking with BT Sport ahead of his second fight in the UFC, ‘The Baddy’ revealed that he didn’t vomit blood during his infamous incident.

The British fighter while doing an interview with BT Sport’s Nick Peet clarified that it was Hot Chocolate and Ferrero Rocher that made him throw up mid-interview back in November 2016. “Up until the time I got in the UFC, I think that was the most viewed clip of me on YouTube. It wasn’t blood, I just didn’t listen to anyone and drank hot chocolate and Ferrero Rocher on the way to the venue. It just came out all brown looked red on YouTube and everyone’s like he puked blood.” said Pimblett.

Well it certainly was a viral moment when Paddy Pimblett managed to live up to the hype on his debut at UFC Vegas 36 when knocked out Luigi Ventramini in the opening round. But can he continue to do so when he faces Rodrigo Vargas this weekend at the O2 Arena.

Tom Aspinall’s UFC Fight Purse: How Much Money Has Tom Aspinall Earned in His UFC Career?