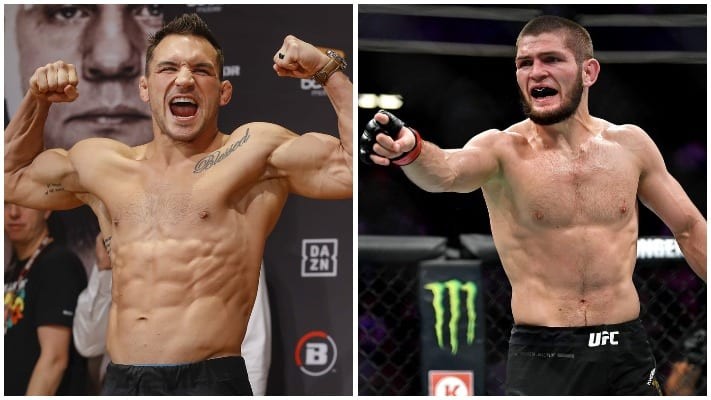 Khabib ‘The Eagle’ Nurmagomedav is one of the most dominant lightweights champions in the history of the UFC. He is recognized for his exceptional grappling ability inside the octagon. He also had an incredible record of 29 wins and 0 losses. Khabib Nurmagomedav was UFC’s top-ranked pound-for-pound fighter of 2021. The Eagle has victories over some of the best fighters in the UFC such as Justin Gaethje, Rafael Dos Anjos, Conor McGregor. 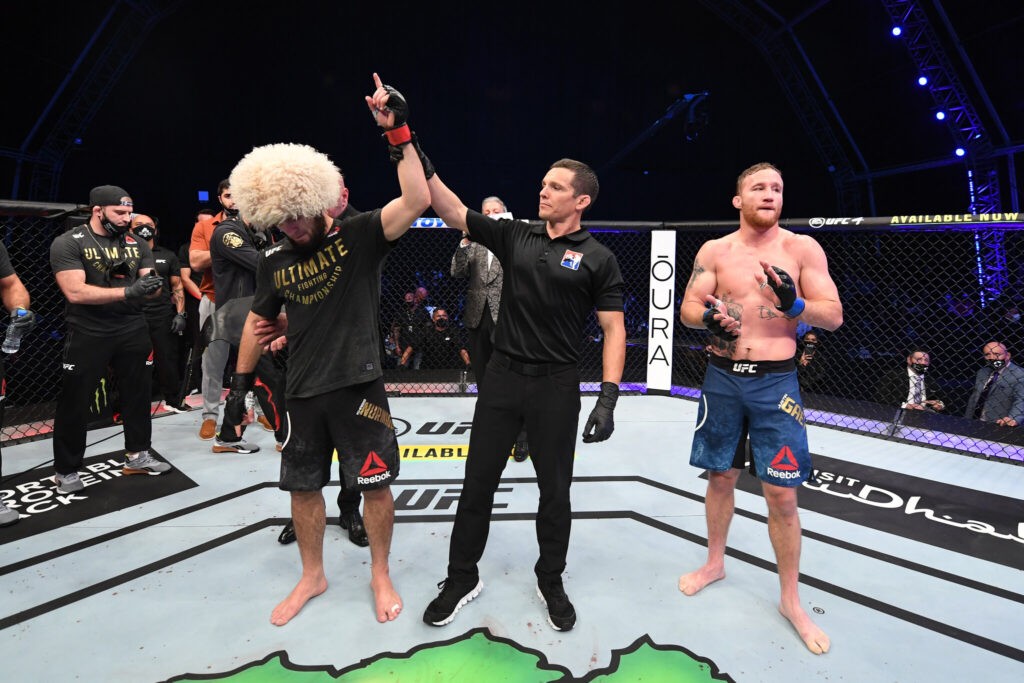 Although Khabib has retired from the UFC after defending his lightweight belt against Justin Gaethje which was his last fight. ‘The Eagle’ has been a cornerman for his brothers in the UFC and Bellator. The former lightweight champion is also coaching Luke Rockhold and helping him to make his comeback in the UFC. He acquired the Gorilla Fighting Championship (GFC) and later renamed it Eagle Fighting Championship (EFC).

Read More: Let Him Write What He Wants”- Khabib Nurmagomedov Shuts Down Khamzat Chimaev With a Classy Response

In an interview with RT Sports MMA, The former lightweight champion was questioned regarding his comeback in the UFC and many other things as well. The complete interview is available in the link below.

The interviewer asked ‘The Eagle’ about his thoughts on the newest UFC lightweight champion Charles Oliveira and whether he will be as dominant as him. The ex-champion responded by telling that Oliveira deserves to be the lightweight champion and praised him for his journey. On the other hand, Nurmagomedov said that had Chandler won the lightweight title with two fights into his UFC career it would have been an unfortunate circumstances. Nurmagomedov stated:

The former champion also revealed that Oliveira won’t be the champion when Islam Makhachev becomes a top contender in the division. Khabib stated:

“I don’t think he’ll be champion when Islam (Makhachev) rises to that level. “It’s important that Oliveira doesn’t misinterpret my words. I respect him. I just think when Islam goes up the rankings after a year there will be another champion. I think it will be Dustin Poirier.”

As of now, The lightweight champion is on a break. He will sit back and enjoy the fight between Conor McGregor and Dustin Poirier. The winner of this fight will probably be his next opponent for his first defense as a UFC champion.

Read More: If It Happened I’m Being Robbed”- Charles Oliveira Makes a Shocking Confession About His UFC Fight Bonuses