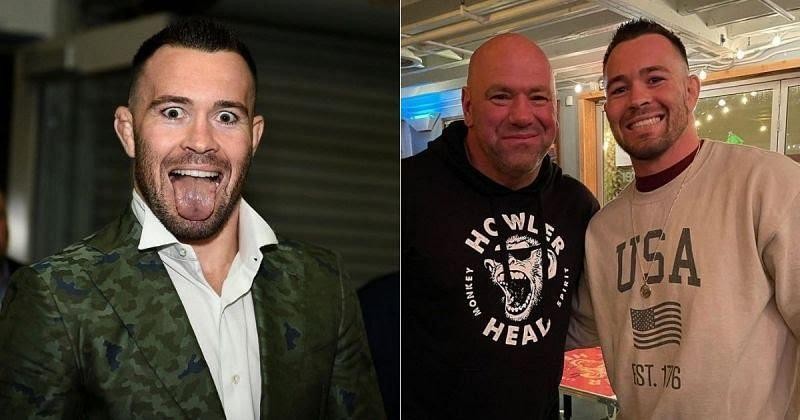 Dana White is a polarizing figure for many MMA fighters and fans alike. The UFC president is outspoken in his views and quick to react if he feels wronged. This has led to many disagreements between Dana White and the fighters contracted by the UFC.

During a recent appearance on the Full Send Podcast, Colby Covington opened up on his relationship with Dana White. Covington had a beef with the UFC president during his early years in the promotion. But now, Covington has revealed that he’s in good terms with Dana White and even called the UFC President ‘The greatest leader of all time.’

“I want to do good business for the UFC. The best organization in the entire world led by the greatest leader of all time Uncle Dana White. He(Dana) came around and understand what I was trying to accomplish and what I was trying to do and it’s always been love from him you know. At first it was a little bit of tough love but I had to do what I had to do that was best for my career and he has to do what’s best for his business and his career.”

When Colby Covington confronted Dana White at a poker table

Former UFC Interim Welterweight champion Colby Covington is not one to mince his words. Over time, ‘Chaos’ has made several controversial remarks against other fighters. His antics outside the octagon have also managed to rub some people the wrong way.

In 2019, it was UFC president Dana White who became the target of the 34-year-old’s shenanigans. In March that year, Kamaru Usman was scheduled to take on Tyron Woodley for the UFC welterweight championship in the co-main event of UFC 235.

A couple of days before the event, Covington decided to confront White, who at the time was sitting in a Las Vegas casino. “We’re gonna confront Dana and we’re gonna ask why we’re not fighting this weekend. I’m number one in the world. Where you at, Dana?”

Upon coming face-to-face with the UFC president, Colby Covington asked for an explanation as to why he was not fighting for the championship that weekend. Dana White, taken aback by the 34 year old’s antics, told him to stop filming.