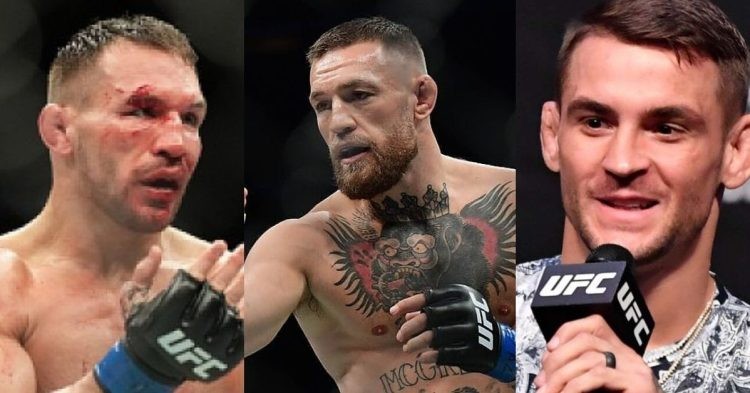 Michael Chandler knocked out Tony Ferguson with a brutal front kick in the second round at UFC 274. Following his win, The Iron gave an incredible promo where he called out big names like Conor McGregor, Justin Gaethje, and Charles Oliveira. However, he missed out on Dustin Poirier’s name in the post-fight interview.

Thereafter, the two lightweights exchanged words on social media and commented on each other in different interviews. During a podcast with Teddy Atlas, Dustin Poirier was questioned by the interviewer whether he found Chandler’s callout suspicious. Poirier shared his opinion about how a matchup between him and Chandler would playout.

Hereafter, The Diamond also claimed while having a conversation that Conor McGregor would be a bad matchup for Chandler. He then revealed the reason behind making this statement.

“I’m a dangerous fight for him. I think I’m a clean puncher, accurate. I think he called out Conor, I think Conor’s a dangerous fight for him too. I’m not saying Chandler’s chinny or anything but he gets hurt in a lot of his fights and guys like Conor you know they can punch. If you’re getting hurt by Tony Ferguson and dropped by Oliveira. Guys like me, guys like Conor if we touch your chin it’s gonna be bad.”

Apart from his knockout loss against Charles Oliveira, Michael Chandler has showcased his durability to absorb a lot of his strikes in his next two fights. Nonetheless, a matchup between Conor McGregor and Michael Chandler would be very intriguing as both fighters are extremely aggressive.

How would a fight between Michael Chandler and Conor McGregor play out?

Michael Chandler overcame his sluggish form with a knockout victory over Tony Ferguson. Meanwhile, Conor McGregor is on a two-fight losing skid and is currently dealing with a leg injury that he suffered during the trilogy fight against Dustin Poirier. 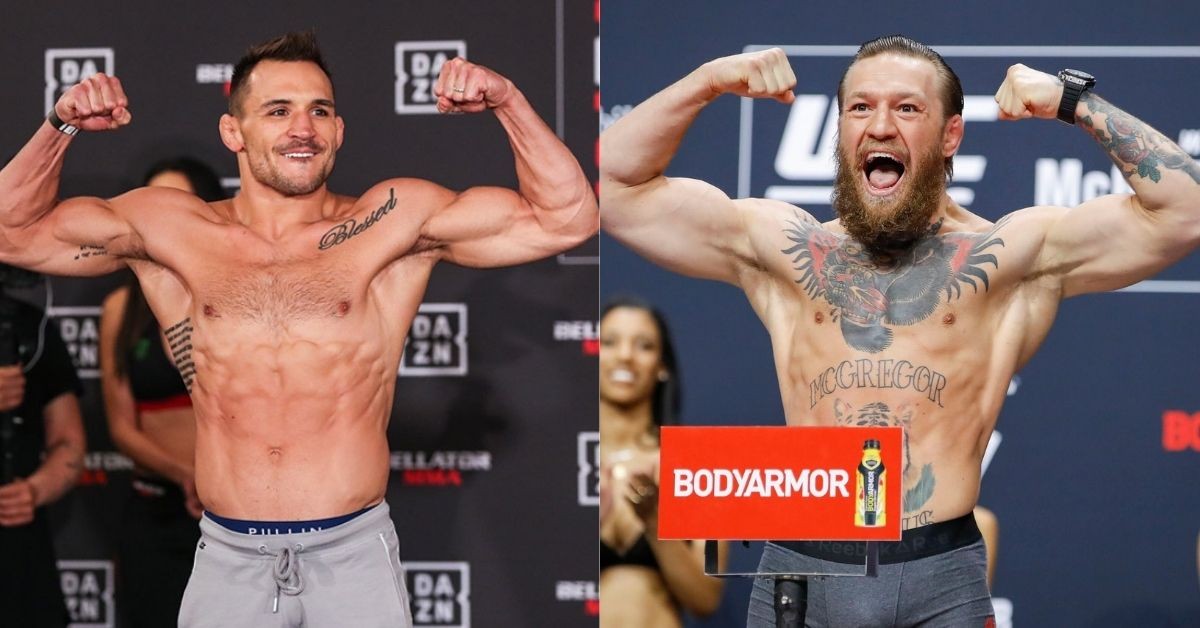 However, if these two fighters ever clash inside the octagon, then it would be a treat for fight fans as both Chandler and McGregor have great knockout power. The Irishman’s eight out of ten wins in the UFC have come from KO/TKO’s. So fans can expect the Notorious to go for a striking heavy approach.

In a striking battle, McGregor does have the tools to outstrike Chandler. However, his takedown defense has been a major concern in his recent fights. The Iron would most likely exploit this weakness if he takes a lot of damage in the initial rounds of the bout.

But if Conor makes a significant improvement in his ground game, then we could end up seeing a fight that would be remembered for the ages. As of now, we can only play out scenarios about how this matchup would end up. Because there are various options for both Chandler and McGregor.