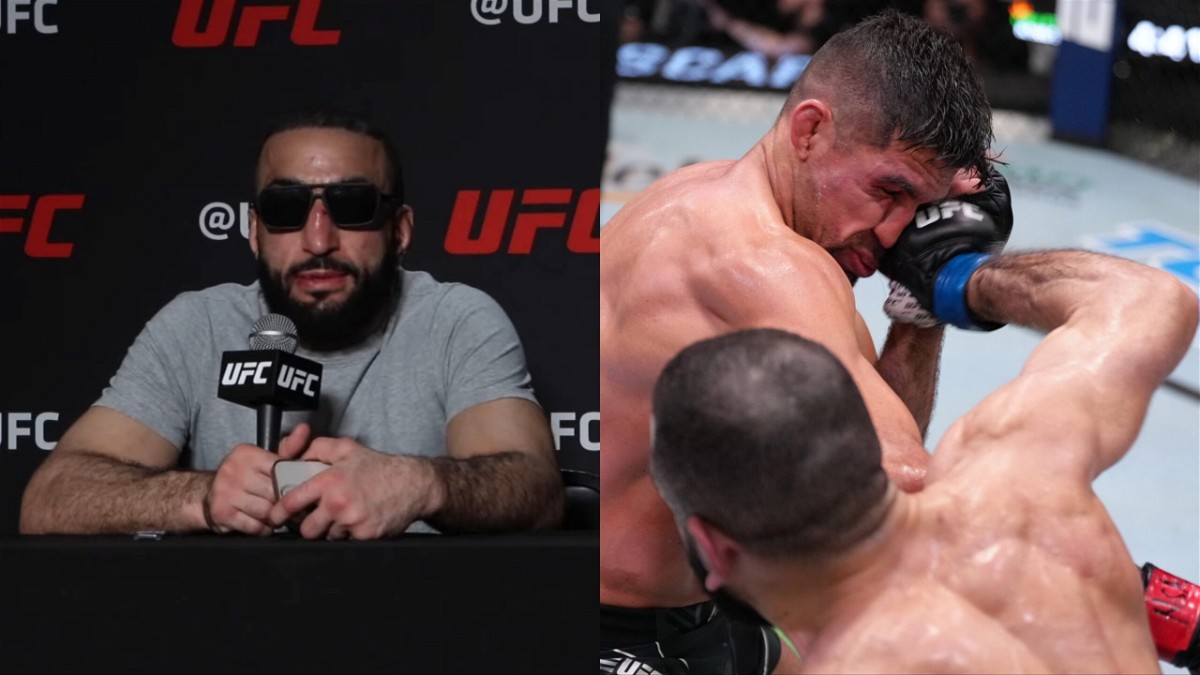 Belal Muhammad just defeated Vicente Luque in the main event of UFC Vegas 51. He fell short during their first go on the prelims of UFC 205. But that is all in the past now as Belal has successfully avenged his loss to Luque. However, the victory came via decision instead of a finish.

With the win tonight, Belal has extended his unbeaten streak to 8 fights in a row. But, he was only able to put away one of his opponents despite dominating them. It is something that the 33-year old has faced a lot of criticism about.

Although Belal Muhammad scored 5 takedowns in the fight and landed a lot of decent punches, he never came close to a finish. Despite Muhammad having a hold of his neck, Luque quite easy scrambled out of any difficult positions. Even Daniel Cormier pointed it out during the commentary.

Belal Muhammad responds to the criticism about his finishing rate

Belal Muhammad now has 21 victories in his career and he has only 5 finishes on his record. It means he has only been able to get a finish 23.8% of the time. But The Bully is not bothered by the stat as he compares that to greats such as Khabib Nurmagomedov and Kamaru Usman.

Khabib Nurmagomedov has had 29 wins in his career with a finishing percentage of 65.5. While the current welterweight champion Kamaru Usman has 20 wins with 10 finishes (50% finish rate). However, the percentage improved during the latter years of their career. In the post-fight press conference, Belal cited that and said,

After the win over the 5th ranked welterweight, it is safe to assume that Muhammad will break into the top 5. He called out Colby Covington afterwards. Will Belal get his wish to fight Colby? He may have to wait longer as Khamzat Chimaev may already be scheduled to fight the ‘chaos’ next