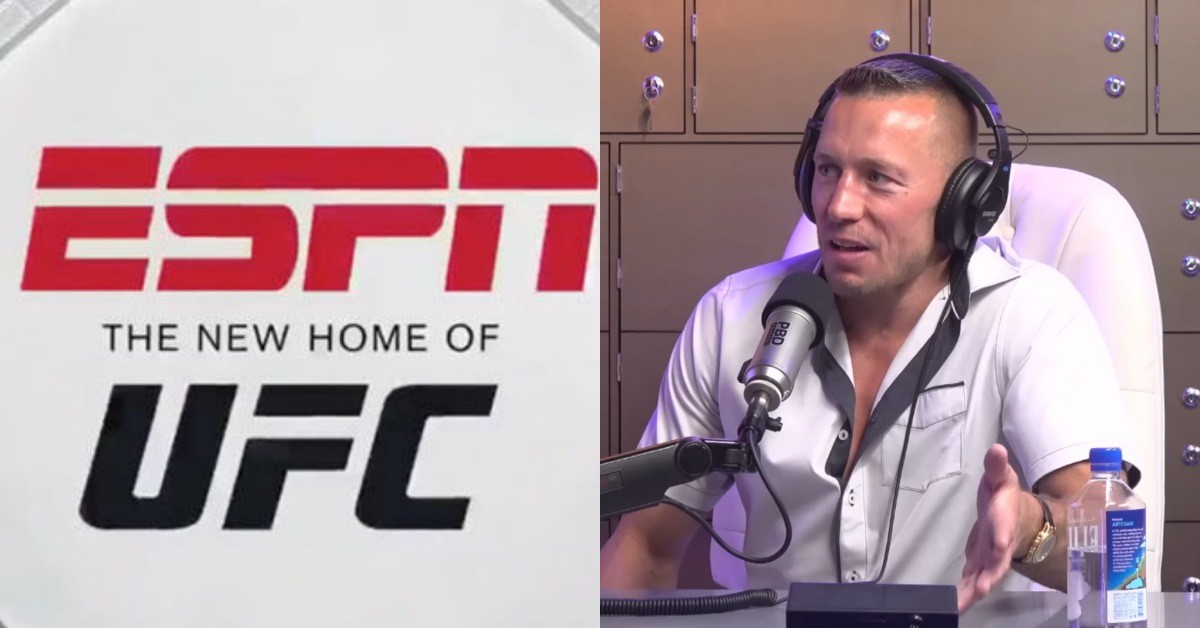 Georges St-Pierre reveals the real reason why fighters in the UFC do not earn as much as they used to. During a recent interview, GSP made a very interesting observation on the issue of fighter pay.

In the past year or two, the issue of fighter pay has come up over and over again. Jake Paul stirred up the pot in recent times and the discussion around the issue has ramped significantly. UFC Heavyweight Champion Francis Ngannou has gone to war against the company publicly regarding the issue. Even Tony Ferguson recently revealed that he feels the UFC fighters are significantly underpaid.

Hence the question is, why are the fighters underpaid? During a past interview, former UFC fighter Mark Hunt revealed that his pay was more than what Ngannou was paid. Speaking with the PBD podcast, GSP revealed that fighters had more power during his era than they have now.

He named fighters like Conor McGregor, Ronda Rousey and Brock Lesnar who made an insane amount of money. GSP included himself in the list as well. But how did the pay decrease with time instead of going up? GSP cites the ESPN deal as a potential reason. According to him, UFC PPV shares were distributed amongst the champions before. But the introduction of ESPN has taken away that luxury. He said,

“When I used to fight back in the day, I had a percentage of the Pay Per View (PPV). It was a part of my contract. Nowadays, I think it’s different because the UFC I think give that right to ESPN… Now the problem is, they have power. But they don’t have as much power as we used to have when we could touch the piece of the pie, you know what I mean? Some fighter does, but I don’t think they have as much leverage in the negotiation, it’s kinda sad.”

What is the ESPN Deal that Georges St-Pierre is referring to?

The Ultimate Fighting Championship (UFC) wanted to expand the reach of the company. Hence, they decided to ink a deal with the biggest sports network in the world, ESPN. In 2018, UFC came into the business with the Disney-owned company and their deal with FOX came to an end. The deal turned out to be a very profitable one for both companies.

The deal was reportedly worth $750 million per year for 5 years. But the same report from Forbes stated that the fighters did not get any significant portion of the revenue. The following year, UFC made a separate deal which saw ESPN becoming the exclusive PPV provider for UFC. Because of it, UFC almost generated a revenue of $1 Billion dollars last year.

However, it is unclear at the moment how the UFC and ESPN share the profits. But it seems as if the fighters do not get as much money as they used prior to the deal. GSP was referring to that during the above interview as the reason for a reduced amount of money for the fighters.