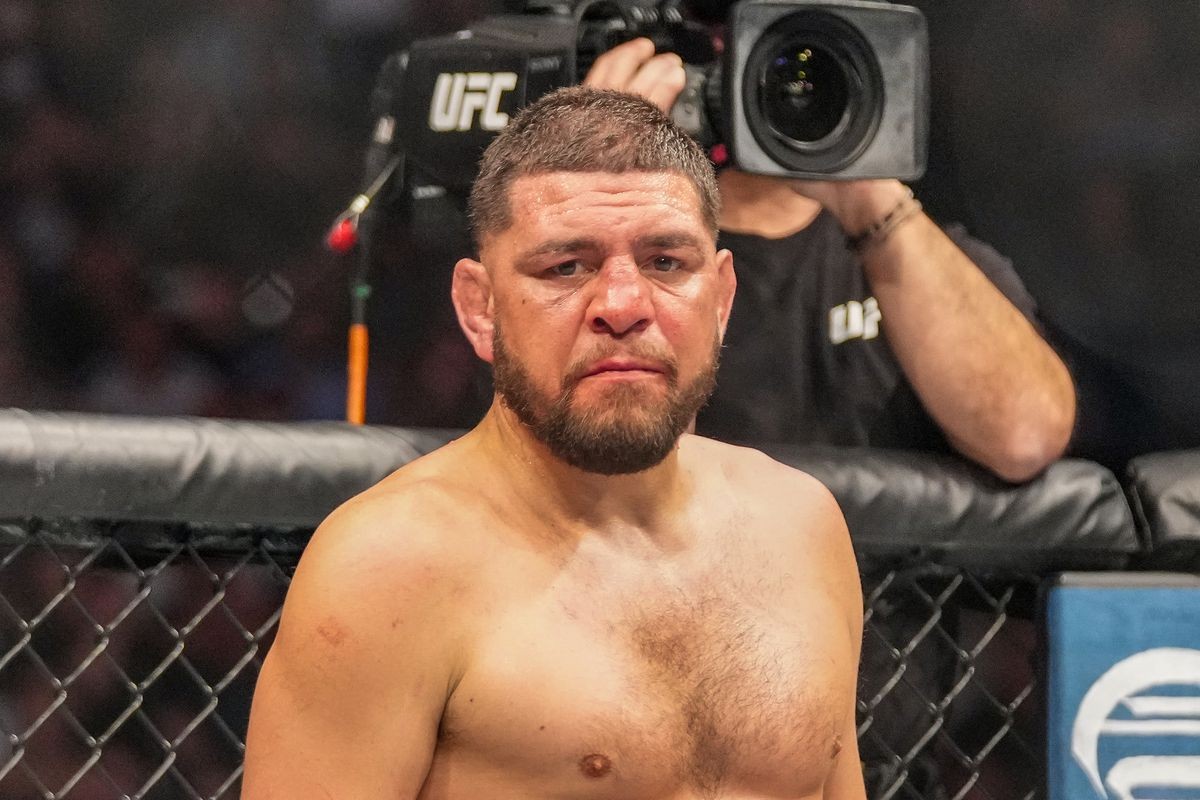 Nick Diaz made his much-anticipated return to the UFC after six long years at UFC 266 in a rematch against Robbie Lawler. The former welterweight title contender competed in a five-round contest in the middleweight division. However, he fell short in his return to the promotion as he suffered a TKO loss in the third round of the contest.

Despite losing the fight, fans were extremely happy that Diaz made his return in the UFC octagon. However, the happiness of fight fans could well be short as it looks like Diablo has dropped a hint about retiring from the sport in his walkout song. Nick Diaz who is a big fan of Deftones usually walks out to a popular song called Feticeira. However, Diablo chose to walk out to a song named Ceremony by Deftones.

What’s surprising is that the lyrics of the song goes like “How can’t you see, this is the end. Let’s face the truth it’s obvious. So I’m leaving you tonight, it’s not fun here anymore.” In addition to that, Nick was very unhappy in the post-fight interview. The former Strikeforce champion expressed his frustration with UFC after losing to Lawler.

He revealed that he was not prepared for the fight as he was not aware of how this fight got set up. “I had to switch up a lot, you know, In my whole management before the fight,” Nick said. Another reason why Diaz could retire from the promotion could be because he was rushed by the organization to compete at UFC 266.

What’s next for Nick Diaz if he comes back for one last fight?

Earlier before facing Robbie Lawler, Nick Diaz had mentioned that he would like to face Kamaru Usman. Because he believed that the UFC welterweight champion is the best opponent for him. However, after suffering a defeat at UFC 266, it is highly unlikely that the promotion will set this matchup.

From the looks of it, there aren’t many fights that would make sense for Nick Diaz to come back and compete in the promotion. A fight against former UFC champion Donald Cerrone would be ideal as both fighters are at the twilight of their career. Moreover, this could be a close contest as both have great skills and it would excite most fight fans.

Although Nick Diaz has not given any hints about what lies next for him in his MMA career. Therefore it will be interesting to watch how everything unfolds. So comment below if you think Nick Diaz will come back and continue fighting in UFC.