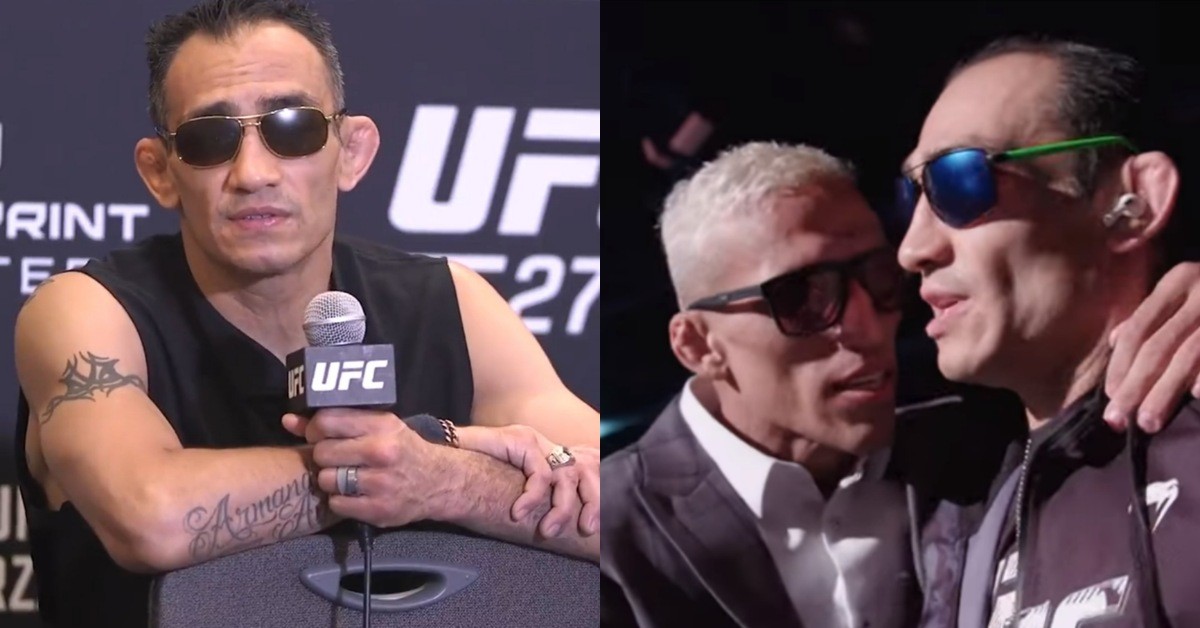 Tony Ferguson is not giving up on his championship aspirations just yet! Charles Oliveira previously invited Tony to train alongside him. But he is not sure about the proposition as Tony thinks he may find himself facing Oliveira very soon!

Ferguson is coming off the first knockout loss of his career against Michael Chandler at UFC 274. With that, Tony is now 0-4 in his last four forays into the Octagon. Some fans have suggested that Tony should retire immediately to protect his long-term health. But his recent social media posts indicate that he is not done just yet.

But El Cucuy may not make a quick return to fighting. As Dana White suggested, Ferguson should take a break from active competition. Meanwhile, the former champ Oliveira offered to help Ferguson to help him rediscover his old self. Although Tony did not have an answer for it previously, he has finally responded to the offer. He sounds apprehensive about accepting the invitation. Talking about it, Tony said,

“I’ve got to really think about that one, because I see myself competing against him again…. I know right now that it’s not the time for me to go to Chute Boxe and to train with them.” (h/t via MMA JUNKIE)

Tony also stated that he is not entirely convinced about the prospect of moving to Brazil just for training. However, he is open to trying it out. But for the time being, he wants to stay in the US and look for some local gyms which he can help to grow.

Tony Ferguson is 38 years old now. Although age is not an indication of a fighter’s abilities, Tony has clearly deteriorated since 2019. His last win came against an ageing Cowboy Cerrone almost 3 years ago. He has gone through a lot since then. Despite that, he came out strong against Chandler at UFC 274. Tony’s first-round performance at the last PPV reminded the fans of his glory days.

Can his career survive on moments of brilliance? It does not seem likely that Tony will get another Top 5 or even a Top 10 ranked opponent for his next contest. But it may just be what he needs at the moment. Ferguson needs to build his confidence back up again with a few victories against a few unranked opponents. Although no fighter in the UFC is an easy opponent, Tony needs to find an opponent who can be considered a tune-up fight.

Under the current circumstance, Tony Ferguson will definitely benefit from a camp with Charles Oliveira. They already share a good bond and Oliveira is certainly making a good faith effort in trying to help Tony. Ferguson also respects Charles, so their becoming teammates will be beneficial to both parties. But Ferguson becoming the champ seems unlikely given his age and the decrease in endurance.

Becoming the champ may be an unrealistic goal at the moment for Tony, but he can certainly be a part of some big fights going forward. Other big names such as Conor McGregor, Nate Diaz and even someone such as Nick Diaz can be fun matchups going forward.