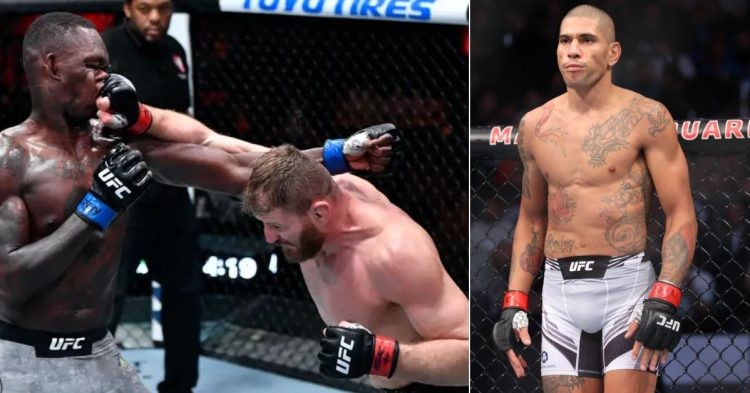 UFC Middleweight Champion Israel Adesanya is set to defend his title against his former kickboxing foe, Alex Pereira at UFC 281. The Brazilian already beat Adesanya twice in kickboxing. But this time they will settle their rivalry inside the Octagon, which can make a difference.

Jan Blachowicz, the No. 2 ranked light heavyweight fought ‘The Last Stylebender’ and beat him by decision. In a recent interview, Blachowicz gave his honest predictions for the highly-anticipated matchup. He said: “I will watch this fight for sure. It’s a very interesting fight, but I think Israel is gonna win the fight.”

According to Blachowicz, Adesanya’s experience inside the UFC octagon will be a key factor in this upcoming fight. Talking about the result of the fight, Blachowicz said:

“I think decision. Decision for him. Pereira is tough, he’s very strong. I know that he beat him twice in K1, but K1 is not MMA. Izzy is just tricky, too fast, and he gonna win by points. This is my opinion about this fight.”

Pereira is one of the scariest strikers in the world. He knocked out Adesanya in their second fight in kickboxing. However, a lot has changed since then, and ‘The Last Stylebender’ has taken the MMA world by storm.

Israel Adesanya (23-1) will enter as the favorite against Alex Pereira (6-1) in the main event of UFC 281. According to many fighters and analysts, Adesanya’s MMA and grappling experience will be a huge winning factor against the Brazilian.

However, fans are saying that the Kiwi will get another boring decision win. The 33-year-old is undefeated in the middleweight division and has almost cleared out the division. Adesanya’s last stoppage win came back in 2020 against Paulo Costa at UFC 253.

Since then, ‘The Last Stylebender’ has fought Yoel Romero, Marvin Vettori, Robert Whittaker, and most recently Jared Cannonier in the middleweight division. ‘The Last Stylebender’ won all of the fights by decision. But the flashy striking of Adesanya was missing and the once fan-favorite fighter has turned into a boring fighter.

Pereira is also a kickboxing prodigy like the Middleweight champion. The Brazilian is undefeated in the UFC and is coming off a knockout win over Sean Strickland. He is known for his vicious striking skills, especially his left hook.

However, Pereira’s lack of MMA experience in comparison to Adesanya can be an important factor in the fight. If the fight doesn’t stop early, it will go the distance and ‘Poatan’ will lose the fight via decision.