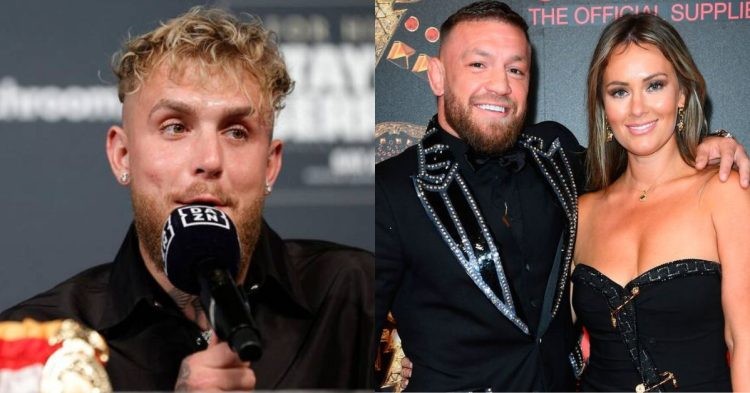 Two days ago Jake Paul made a statement that a fight between him and Conor MacGregor is getting closer while having a conversation with Ariel Helwani at the MMA Hour show. The former UFC champion laughed off at The Problem Child’s call out and called him a flop on Twitter.

After seeing Conor’s reply to his offer, a few hours ago Jake went on Twitter and uploaded a video where he responded to Conor’s tweets and made many severe allegations about the Irish fighter.

Later in the video, to prove his allegation of Conor cheating on his wife, Jake shared a small clip where The Notorious is sleeping on the bed with a hooker. The Problem Child said that “You have a lot to say about me but I’m sharing millions of dollars with underpaid fighters while you’re sharing hookers with Dana White.”

The clip that Jake shared was more than a two-year-old video. However, the video’s authenticity is a big question mark because of its bad quality. This is not the first time that someone has accused Conor of cheating as a woman named Terri Murray claimed that McGregor had slept with her in 2017.

Not only did Jake Paul allege Conor McGregor of cheating on his wife Dee Devlin but he also accused the Irishman of taking steroids. The Problem Child did not hold back on his words in this video and made a bold claim. “Stop taking Trenbolone and start taking more fights,” said Jake.”

Numerous fight fans on social media have suspected The Irishman of taking steroids after they noticed some spots on his stomach and hair loss from his recent training pictures. These are some of the side effects of taking a steroid called Trenbolone which was mentioned by Jake in his video.

To make matters more doubtful, USADA has not tested McGregor even once after his leg injury. This is one of the biggest reasons why fans and YouTuber turned pro boxer Jake are making these steroid allegations. So far Conor has not responded to any of Jake Paul’s accusations and nor has UFC President Dana White commented on the entire steroid allegations.