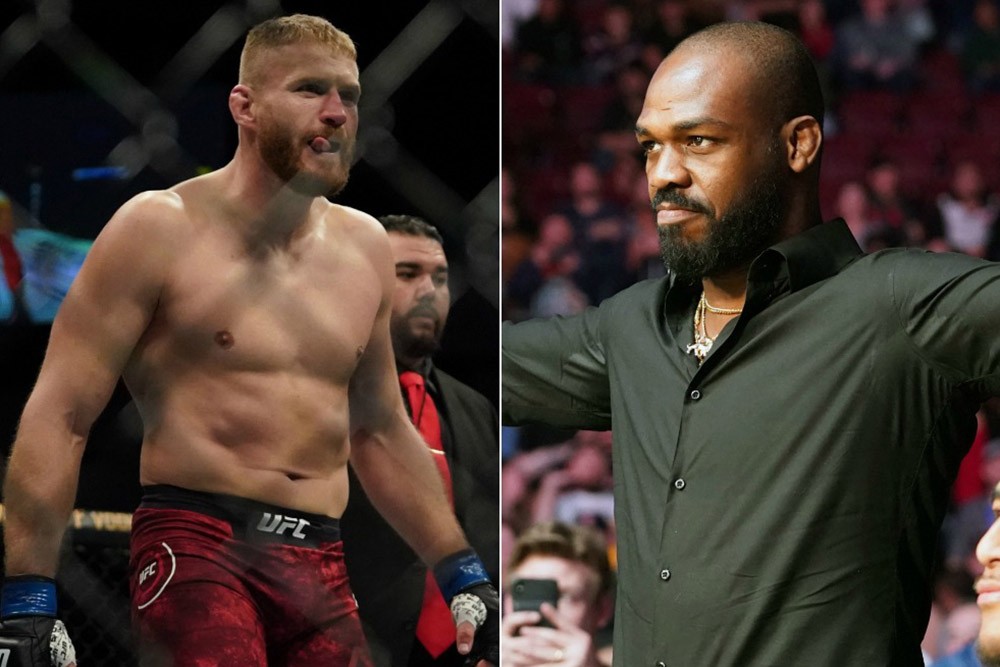 Ever since the exit of Jon Jones from the UFC lightweight division, many new stars have been born. Jan Blachowicz continues his reign as the undisputed light heavyweight champion. On the other hand, Jiri Prochazka and Alexander Rakic have impressed the fans with their incredible performances.

However, the legacy of Jan Blachowicz is overshadowed by the long undefeated title run of the former champion, Jon Jones.

Jon Jones vacated the light heavyweight title following his win over Dominick Reyes and committed himself to a heavyweight move. But, it seems the fans will have to wait for another year to watch Jon Jones back in the octagon.

Recently, Jones’ coach even stated that he might come back to the light heavyweight division in the future. But, the current champion, Jan Blachowicz is not chasing a fight with Jon Jones anymore.

Jan Blachowicz vs Jon Jones seemed very possible after Blachowicz knocked out Corey Anderson to become the number one title contender in the division. Blachowicz even called out Jones on multiple occasions after becoming the champion. However, the champ has moved on from the legacy fight and believes that Jon Jones is completely out of the light heavyweight picture.

“I think this conversation is over. It does not make any sense to talk about him anymore. I don’t know maybe he does not fight anymore (again) in heavyweight or light heavyweight. I don’t know what he does. I forgot about him. Half an year ago I would answer in a different way. Did I have to beat him but right now I don’t care about him. If he comes back okay if he does not who cares.”

After beating Dominick Reyes, Jan Blachowicz successfully defended the light heavyweight title against Israel Adesanya. And he will take on UFC veteran, Glover Texeira in his next fight at UFC 267.

If Blachowicz gets past Glover then he will have to defend his title against some tough opponents in Jiri Prochazka and Alexander Rakic. But, the Polish champion plans to reign the light heavyweight division for a long time as he stated:

“I will not be beaten. Nobody can stop me right now. I am the champion, I will the till the end of my sports career. Because I know how to defend the title.”