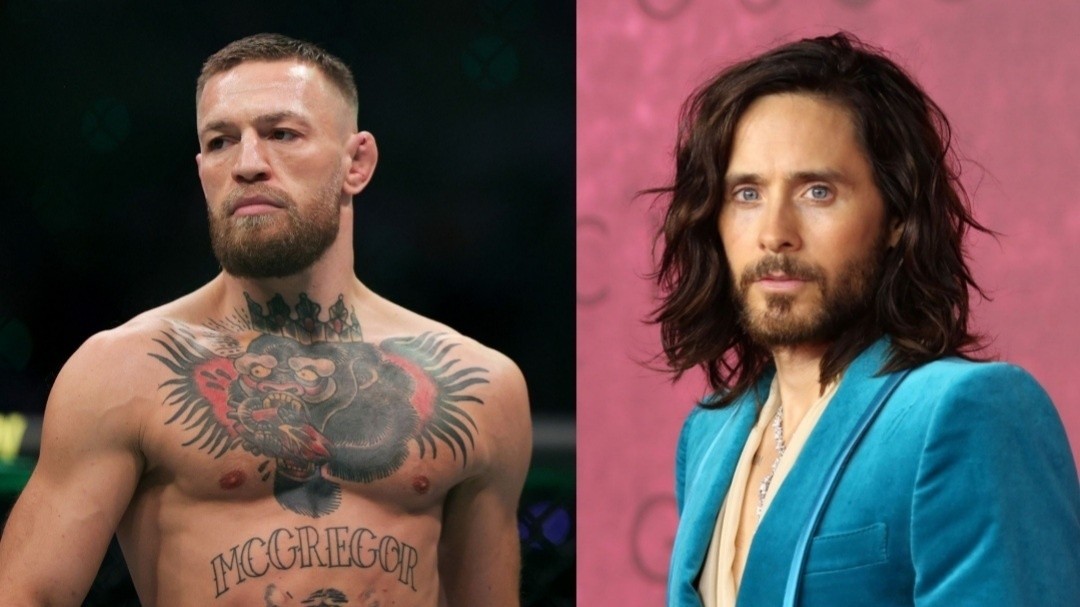 Former UFC two-division champion Conor McGregor is a familiar name in the sports community and is also regarded as one of the biggest sporting superstars of the world at present.

Conor McGregor was at the forefront of the UFC becoming the large global entity that it is today. The Irishman broke record after record and drove the sport’s popularity through the roof. The career graph of ‘The Notorious’ is nothing short of a movie script and it’s just a matter of time before someone eventually makes one.

Recently Academy award winning Hollywood actor Jared Leto had expressed his desire to play Conor McGregor in a movie. Leto is a huge fan of McGregor and the UFC, moreover Leto has also been spotted numerous times at the UFC events.

Jared Leto recently revealed that he would love to play McGregor should a movie be made about the fighter’s life. Leto said, “If we do the UFC movie, if I was younger, I’d play Conor McGregor. I got the beard. What Conor does and what these guys and gals do is just extraordinary. I’m too old to do Conor probably, but you never know. We could maybe use some CGI.”

There is no denying just how big of a name Conor McGregor is. He is UFC’s biggest star and there is a good reason for that. Due to this, many in Hollywood want to portray him as well.

Jared Leto, I invite you to come and practice the part with me! @jaredleto
https://t.co/NYbbYwCHp6

‘The Notorious’ is one of the most prominent figures to transition into pop culture and mainstream media. He has released a documentary previously on Netflix and is working towards another release sometime in the future. Which actor do you think would do justice to the role of Conor McGregor? Let us know in the comments section below.