The much anticipated main card of UFC 266 commenced with the women’s flyweight matchup between Jessica Andrade and Cynthia Calvillo. Both the fighters who were coming off a loss were expected to come in and give a great show in front of the packed T-Mobile Arena.

Andrade who is a former Flyweight contender dominated Calvillo from the get-go. She landed several powerful strikes and put Cynthia under a lot of pressure. By the end of the first round, the pressure proved to be too much as Cynthia Calvillo ate a lot of shots. Subsequently, Bate Estica finished the fight in the final minute of the first round by punching her opponent to the face in the clinch.

As a result, the referee declared Jessica Andrade as the winner via KO/TKO. This win at UFC 266 puts Andrade who is currently ranked second in the division back in the title mix. However, she has to secure another violent victory in order to get a rematch against Valentina Shevchenko.

On the other hand, her opponent Cynthia Calvillo showed great durability to sustain big bombs from a powerful striker like Jessica Andrade. In the end, it would be interesting to watch who Andrade faces next as she defeated the third-ranked Katlyn Chookagian and she would not like to face someone outside the top five of the division.

Following her first-round KO/TKO victory over Cynthia Calvillo at UFC 266, Jessica Andrade wrote her name in the history books of the promotion. Bate Estica is now only behind UFC women’s bantamweight champion Amanda Nunes with 13 wins in the promotion. Moreover, she become the first female fighter to have fought 20 times in the UFC octagon. 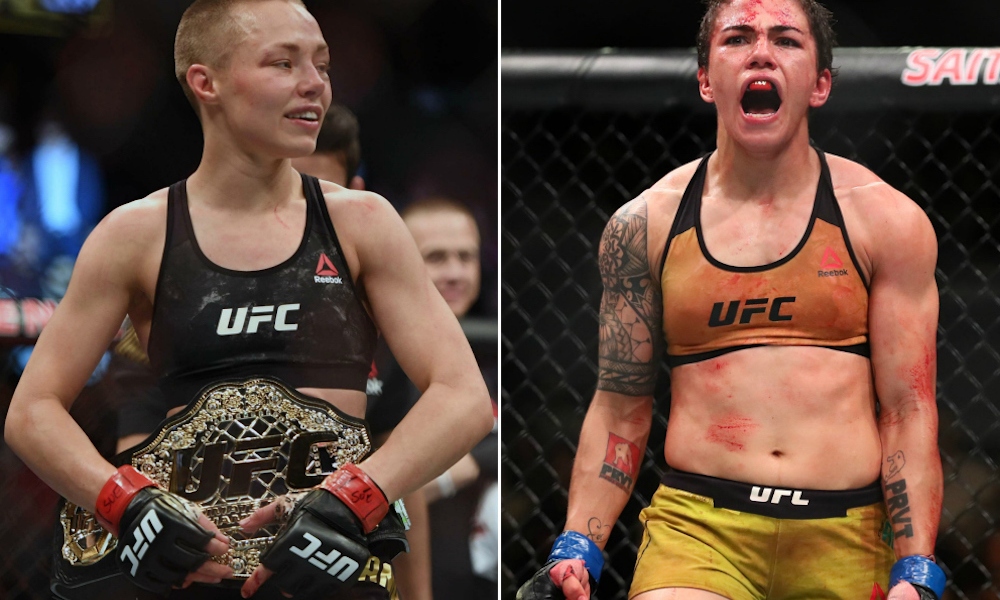 This is an odd callout considering both the fighters are in different divisions. However, a trilogy fight between the two would create a lot of buzz around the world as fans would  love to watch these two elite fighters share the octagon for the third time.