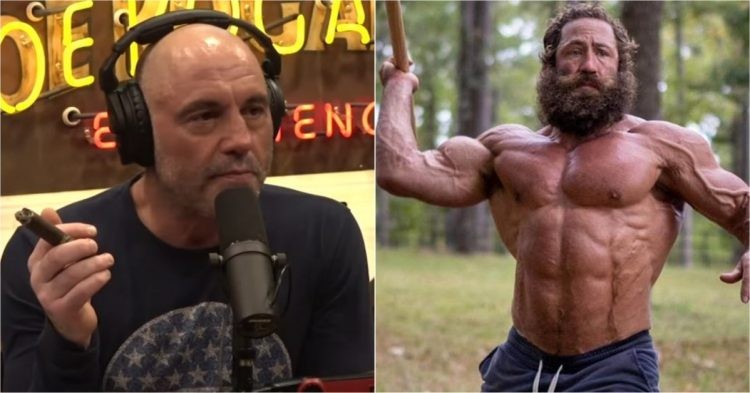 Liver King is a social media influencer, who gained a big following in the combat sports world because of his insane physique. Although he claimed that his muscular physique was due to his natural diet and workout routine, he was recently busted for using PEDs. Although he tried to issue an apology. UFC commentator Joe Rogan did not care for it at all!

As fans very well know, Joe Rogan’s podcast, “The Joe Rogan Experience” is one of the biggest platforms available. Recently, he discussed Liver Kings’ apology video in an episode of his podcast and Rogan could not stop making fun of him! Joe Rogan is very honest about his use of Testosterone-Replacement Therapy (TRT).

He even encourages the use of it for the ones who need it. However, Rogan can not stand people who are not honest about their steroid/PED use. That is exactly why he dissed Dwayne Johnson as well. Rogan commented on The Rock’s shape and asked the movie star to reveal the truth to his massive fan following. It was also the reason why Rogan did not buy Liver King’s apology.

Why did Joe Rogan trash the Liver King?

“He wanted everybody that’s depressed and trying to kill themselves to reach their highest and most dominant form. But, he wanted to lie about how he achieved his physique. So misleading these people that just by eating liver, you can come close to that. So as you fail at that as well, as everything else you’ve failed at life that led you to the point of doing something to yourself that you’re thinking about committing suicide.”

Not only that, but Joe Rogan also made a big revelation and let the fans know that Liver King was trying to come on his podcast. But the 55-year-old standup comedian does not seem attracted by the proposition at all! He does not want to provide Liver King with a platform. Rogan does not feel like their conversation will result in anything productive.

Even before joining the UFC as a commentator, Rogan was a taekwondo practitioner. He has been around big-name fighters all his life and he certainly can identify someone who uses a large amount of PEDs to enhance their muscle mass. Joe’s doubts about Liver King’s physique ultimately turned out to be true as the latter himself admitted to steroid use in the apology video.

The prospect of Joe Rogan interrogating the social media influencer is certainly a very intriguing one. However, Liver King’s attempts at securing a guest spot on the JRE podcast do not seem to be working. So fans who hope to see, Rogan and Liver King have a face-to-face discussion will certainly be disappointed.