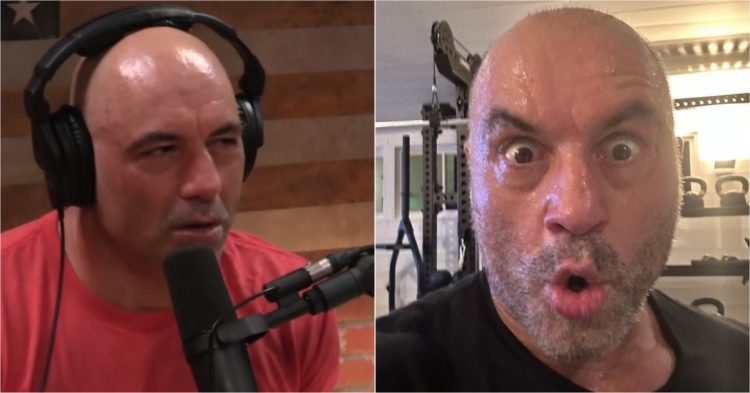 UFC commentator Joe Rogan is a beloved character in the world of Mixed Martial Arts (MMA). However, his fame is just not limited to MMA. He has the no. 1 podcast in the world, “The Joe Rogan Experience.” However, with the kind of fame he has, there are bound to be some controversies. It looks like he has stirred up a brand-new one with his social media post.

Rogan posted a screenshot of an article that suggests that the world is running out of controversies. But why so? Apparently, all the conspiracy theories are coming true!

For lack of a better term, Rogan’s outlook on the world is certainly interesting. The 55-year-old is a strong advocate of free speech and he argued against censorship on social media.

He also has a knack for going against conventional ways. Rogan does not shy away from challenging the norm to break new ground. The controversial comedian is also known for tackling several conspiracy theories.

Over the last decade, Rogan discussed a great number of controversies. To be fair to him, he has debunked popular conspiracy theories like the “flat earth” theory.

He even got into trouble for it as the UFC featherweight fighter Bryce Mitchell called him out. Michell is a staunch believer that the earth is flat. Although it was an obvious theory to debunk, Rogan has some beliefs of his own!

Did Joe Rogan hint at the Andrew Tate situation?

Joe Rogan had to issue apologies earlier in 2022 as his podcast came under fire. Some of his opinions about the pandemic were controversial and Rogan rectified them later. However, a number of his claims have come true over the years. But, fans may wonder what his latest post was really about. Although there is no official confirmation, it may be a hint at the Andrew Tate situation.

On December 29, 2022, the Romanian police arrested Andrew Tate. Subsequently, his lawyer revealed that Andrew was being prosecuted for alleged human trafficking, r*pe, and organized crime. However, there are clips of Andrew Tate predicting that the authorities may lock him up eventually. Tate refers to them as “the matrix.”

The Matrix sent their agents.

Not many people took Tate’s claim seriously at the time, as it all sounded a bit superficial. But, with his recent arrest, fans are starting to take notice of Tate’s comments. Hence, the timing of Rogan’s post does seem to align with Tate’s situation.

Rogan even commented on the issue on episode 1920 of his podcast. Although he found Tate’s rivalry with Greta Thunberg laughable, Joe acknowledged his popularity. But, Rogan also believes Tate should face consequences if there is any truth to the allegations. However, he does not want Tate to be made an example of, just for the sake of it.

The famous podcaster added, “It means that if it’s true, they want him to be punished. But hoping that it is true when it isn’t true is not good either. It’s horrible because you were hoping for people to be victimized.”

Recently, Tate’s lawyer pleaded his innocence in a recent interview. He also dismissed all the allegations against him and revealed that they were appealing against the 30-day detention order. Will Tate walk away as a free man after his bail plea? Let us know in the comments down below.