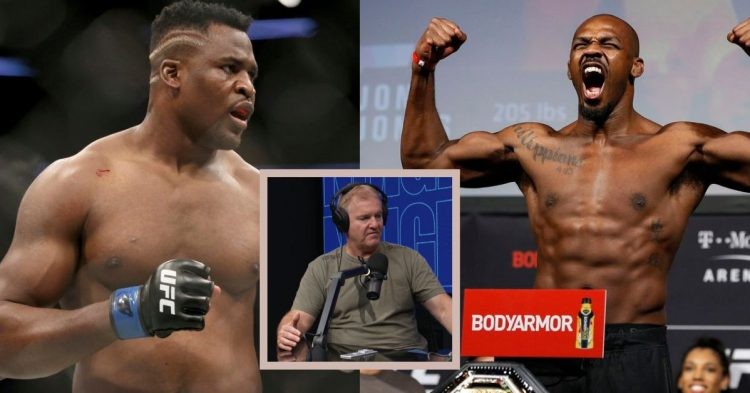 Dan Lambert on Jon Jones' return to the UFC

Dan Lambert gave his opinions about the future of the UFC legend Jon Jones, who is rumored to make a comeback into the sport soon. Lambert is the founder of one of the most famous mixed martial arts gyms in the world, the American Top Team.

This gym has housed some of the biggest UFC stars the likes of Amanda Nunes, Dustin Poirier, Tyron Woodley, Colby Covington, Jorge Masvidal, Yoel Romero, and more. In a recent interview, Lambert was asked about Jones and if he can make a successful comeback after staying away from the sport for so many years. Dan Lambert said:

“You’re not gonna get that far unless you have a good organization around you and good structure and good training partners. Maybe Jon Jones could still come out and still kill everybody…”

According to Lambert, no fighter competing at a high level looks good after stepping away from the fight. He talked about GSP on his return fight with Michael Bisping and Luke Rockhold in his retirement fight. GSP struggled a bit against Bisping but won the fight.

Had he fought Bisping while he was in his prime, it would surely be an easy victory for St. Pierre. On the other hand, Rockhold looked very exhausted, and even though he gassed out in the first round, he gave a spectacular performance against a powerhouse like Paulo Costa.

Lambert believes that Jones can come back into the sport and fight at the elite level, which he was, without much problem. However, there is a debate around ‘Bones’ if he can still perform dominantly against the current elite fighters like Stipe Miocic, Cirly Gane, and Francis Ngannou to name a few.

Jon Jones has confirmed to come back into the octagon very soon. As per the report, there are two potential opponents for Jones’ comeback fight – the heavyweight champion Francis Ngannou and former champion Stipe Miocic.

Jones has been preparing to make his heavyweight debut for his return to the promotion. Now after more than 2 years, the UFC G.O.A.T. will finally return to active sport. Jones has been involved with many steroid allegations and law enforcers which restricted him from competing in the octagon.

According to some sources, fight fans can expect to see Jones return at UFC 282. It is rumored that Jones will headline the last PPV of the year. However, an official statement has not been made by the UFC yet.

Although there is yet to be a confirmed opponent for him, it is almost guaranteed that his return fight will involve some sort of title. Earlier it was speculated that Jones will make his heavyweight debut later this year or at the start of 2023.

His potential opponents would’ve made him fight for either an interim title against Miocic or the heavyweight title against Ngannou. However, Ngannou is recovering from knee surgery and as he could not have prepared for this super-fight, Miocic would have been the substitute opponent for Jones.

While ‘Bones’ facing the current heavyweight champion has not been official yet, it is confirmed that Jones will return to the UFC’s heavyweight division later this year.