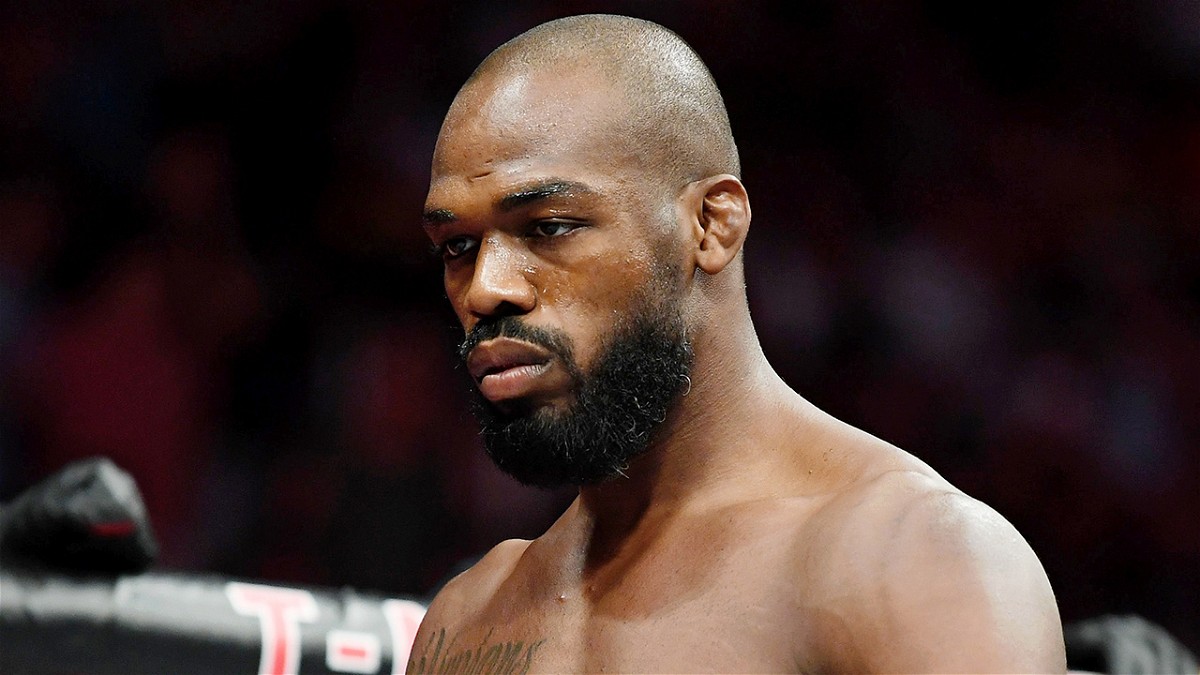 Jon Jones is a highly decorated combat sports athlete and probably the greatest mixed martial artist of all the time. He is former UFC Light Heavyweight Champion and is generally considered as the consensus best pound for pound fighter in the world. However, outside the octagon Jones seems to find trouble at all the places.

Two weeks ago, Jones was arrested on a misdemeanor charge of battery domestic violence and a felony charge of injury and tampering to a vehicle after a domestic violence call to the Caesar’s Palace in Las Vegas. The whole MMA Community was disappointed by the arrest of Jones, as this was not the first time the former champ was arrested.

But a closer associate of Jones has recently expressed his disappointment on the fighter. Jackson Wink co-founder and Jones’s coach Mike Winkeljohn on Wednesday told The MMA Hour that Jones will not be allowed to train at the famed Jackson Wink MMA gym unless he quits drinking.

“I just had a conversation with him,” Winkeljohn said. “I said, Jon, here’s the deal. You’re like my little brother. You have to stop drinking and fix these things for a certain period of time until you come back to the gym.”

“So at the moment, he’s out of the gym. He’s not allowed to come in the gym. I felt like I had to do that, because ignoring it and expecting different results, as they say, is insanity. He’s got a lot of yes people around him that won’t tell him the truth. He might hate me for it, but I’ll tell him the truth.”

Jon Jones reacts to being suspended from the Jackson Wink gym

Jon Jones’s coach Mike Winkeljohn is holding him accountable for his actions. In the wake of Jones’s most recent arrest, Winkeljohn spoke to Ariel Helwani on his show “The MMA Hour” and said that he is temporarily banning his star student from the facility’s premises.

The former UFC champion was evidently “hurt” by his trainer’s decision as he felt like he was being abandoned. Jones took to Twitter after the announcement and wrote: “Had a heartbreaking conversation over the phone with one of my longtime coaches last night, really hurts to lose the support of someone I respect so much. Sincere thank you to the rest of the coaches for staying in the fight with me. Our journey continues.”

Jon Jones tweeted about losing the support of one of his “longtime coaches” after a “heartbreaking conversation.”

Per a statement from Jackson Wink MMA’s spokesperson, Jones is “temporarily suspended” from the gym. pic.twitter.com/7qJ6sDS4n7

Jon Jones had vacated his UFC light heavyweight title, which he held off-and-on for nearly a decade, last year. He is expected to challenge for the UFC heavyweight title next year. It remains to be seen that if Jon Jones would be back in his old ways of fighting in the octagon and displaying his exceptional skills.