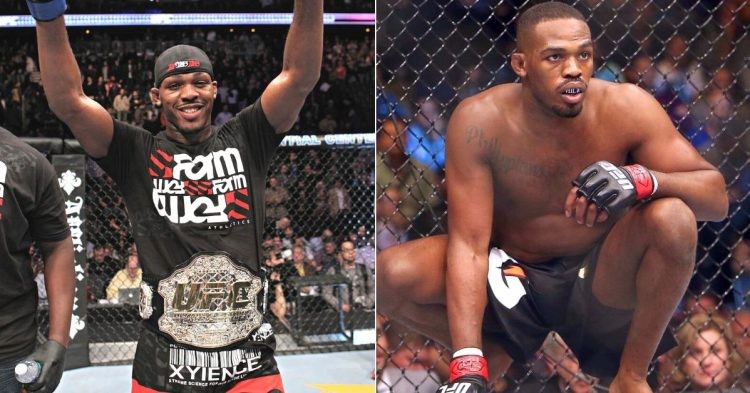 Jon Jones will finally return to the UFC Octagon as he takes on Ciryl Gane for the vacant UFC Heavyweight Championship at UFC 285 on March 4 in Las Vegas. The fight will mark Jones’ much anticipated heavyweight debut.

Jon Jones vacated his light-heavyweight title in 2020. Jones’ last fight in the light-heavyweight division came against Dominick Reyes at UFC 247 in February 2020. Jones later vacated the title, in hopes of a potential super fight against Francis Ngannou. However, months later got into a bit of a scuffle with UFC President Dana White after contract negotiation disputes.

The banter between both Dana White and Jon Jones saw both individuals hurl subtle insults at each other, with the phrase, “Deontay Wilder money” gaining huge prominence.

Before even discussing numbers, the UFC was unwilling to pay more for the Francis super fight / for me to move to heavyweight. Said I could possibly earn more in pay-per-view buys.

Amid these heated debates surrounding fighter pay, Jones signed acclaimed agent Richard Schaefer in hopes of signing a better contract and doing better negotiation with the UFC. Now, ahead of his UFC return, Richard Schaefer reveals how much Jon Jones will be paid going forward in his UFC journey as a heavyweight fighter.

How much money will Jon Jones earn as a UFC heavyweight fighter?

Jon Jones has signed a new 8 fight deal with the UFC, meaning he is not going anywhere and hinting at a tenured career as a UFC heavyweight. Richard Schaefer revealed that the new UFC contract makes Jon Jones the second-highest-earning athlete in the history of the UFC, just behind Conor McGregor.

Richard Schaefer also revealed that it’s not really a new deal that Jones has signed, but rather an “amendment” to the existing deal which had 8 fights left in his contract as a light-heavyweight.

“It’s not really a new deal, it’s basically an amendment to the existing deal which includes now the heavyweight provision.” He said on The MMA Hour. “The UFC realizes that Jon Jones is the GOAT. They were very open to work with us and put together a fair deal.” He also added.

It is reported that Conor McGregor makes in the excess of $20 million from every fight, with Israel Adesanya touted to be the second highest-paid athlete in the UFC behind the Notorious. Now, Jones takes that spot, and could likely take a minimum of $10 million for his upcoming fight against Ciryl Gane for the undisputed heavyweight title in Las Vegas in March.