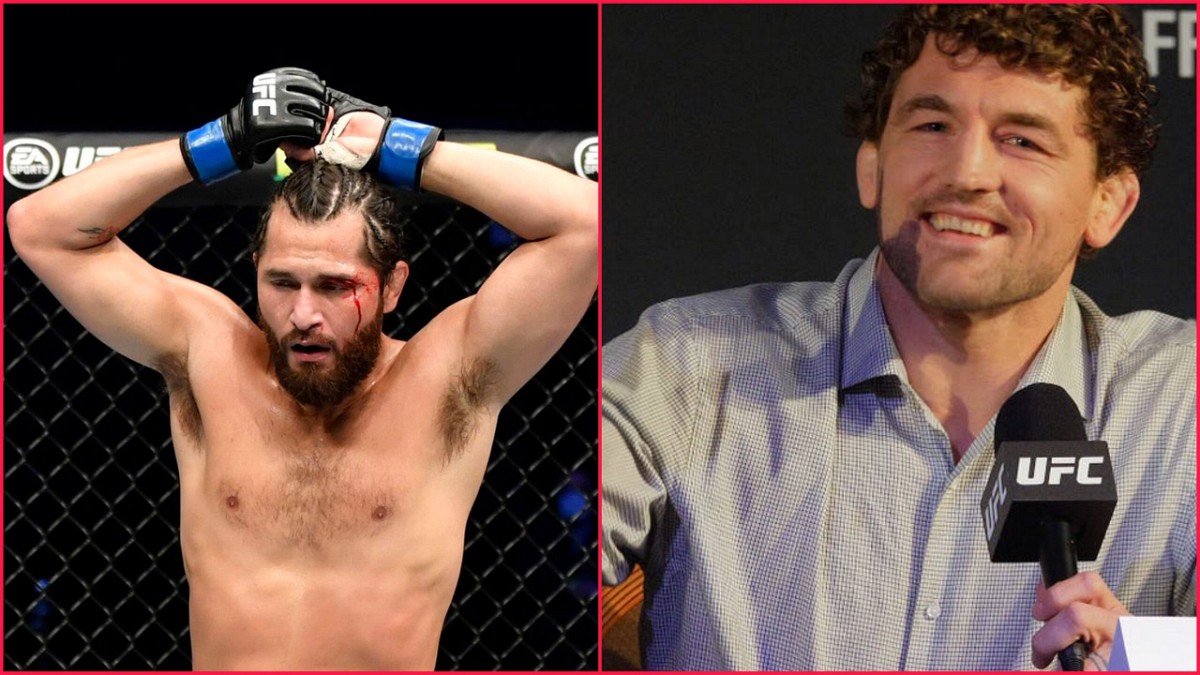 Jorge Masvidal is in a lot of hot water after his attack on Colby Covington. The pair had a scuffle at a Miami steak house recently and Covington allegedly had his teeth knocked out by Masvidal. However, Jorge’s action has garnered a lot of criticism from fans and pundits alike.

Masvidal’s former foe Ben Askren has also slammed him for his alleged ‘attack’. According to reports, both Masvidal and Covington were present at the same eatery. The 37-year old snuck up on Colby and sucker-punched him which led to law enforcement being called.

Masvidal is currently suspected to be facing felony battery charges after the incident. According to ESPN, Masvidal was detained by Miami Beach Police Department afterwards. In the press conference after UFC 272, Masvidal added that he will look to settle the score with Covington in the streets.

Jorge Masvidal is no stranger to backstage brawls. He punched UFC welterweight title contender Leon Edwards after his main event fight against Darren Till in London. However, Edwards did not press any legal charges against ‘Gamebred’.

Jorge Masvidal has been charged after an altercation Monday night, according to a Miami Beach police report obtained by @mikecoppinger.

The victim, who lost teeth, wasn’t identified after invoking that right under Marsy’s Law.

Masvidal followed it up with a fight against Ben Askren at UFC 239. It had an ugly build-up to it as both fighters had engaged in a lot of verbal abuse. The ‘Street Jesus’ then knocked out Ben with a flying knee. However, Askren did not chase Jorge around the streets afterwards.

Following Jorge’s actions, Ben Askren took to Twitter to share his thoughts in a three tweet rant. Askren called Jorge Masvidal ‘insecure‘ and asked him to ‘suck it up buttercup‘. He also added that Masvidal had ‘25 minutes to punch someone.‘ Instead, Jorge chose to ‘sneak up at the steak house.‘ Ben did not forget to mention that Masvidal dragged his family into the matters during their fight week too.

Colby Covington and Jorge Masvidal fought recently in the main event of UFC 272. Masvidal was utterly dominated by Covington in the fight. Not only did Colby outwrestle Masvidal, but he also seemed better than Jorge in terms of striking.

Neither Jorge Masvidal nor Colby Covington’s camp has put out any official statement on the incident. The situation is rapidly involving. Follow this space for more information.