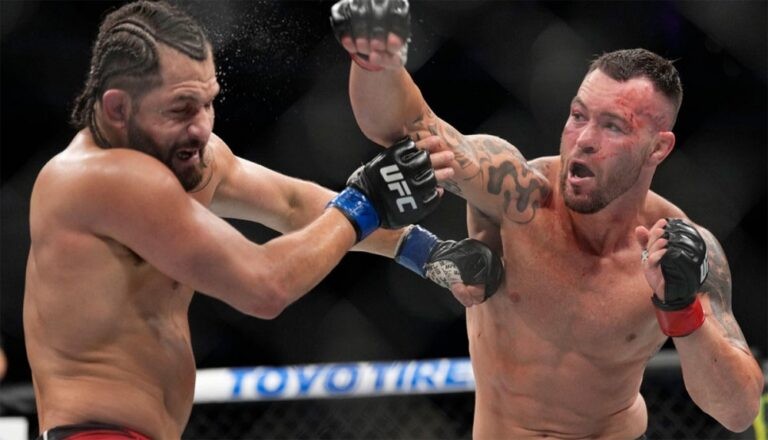 Earlier this month, Colby Covington and Jorge Masvidal fought in a highly anticipated grudge match in the main event of UFC 272. However, 25 minutes of sanctioned violence didn’t appear to satisfy the duo as the former teammates turned rivals reportedly got into a physical altercation at a Miami Restaurant on Monday.

According to a report by TMZ Sports, Colby Covington was having dinner at the Papi Steak restaurant in Miami, Florida with the Nelk Boys and as Covington was leaving the restaurant, he was allegedly attacked by Jorge Masvidal.

Apparently Jorge Masvidal’s manager Malki Kawa claimed that his client got the better of Colby Covington after reports surfaced that the rivals got into a street fight. Malki Kawa claimed on Twitter that Colby Covington lost a tooth during the brawl. Kawa tweeted saying, “I’m hearing that a someone not from miami who says he’s the king of it is missing a tooth. Can someone confirm this? I need the video asap.”

I’m hearing that a someone not from miami who says he’s the king of it is missing a tooth. Can someone confirm this? I need the video asap.

Jorge Masvidal and Colby Covington reportedly got into a brawl last night, less than three weeks after they squared off in a highly-anticipated grudge match in the main event of UFC 272. Shortly after the incident, Masvidal took to his social media to send Covington a message.

Jorge Masvidal has challenged Colby Covington to show his face after reportedly breaking his tooth in a recent altercation at the Papi Steak restaurant. In a video posted on social media Masvidal said, “Call this the show your face challenge, you know? What’s up, I’m from Dade County. You talk that shit, you gotta back it up. That’s how my city rolls man.”

It seems at the moment, the “beef” between Covington and Masvidal wasn’t all for show or fabricated to sell tickets for their PPV fight earlier this month. Looking at the intensity and on-sight violence they perpetuate, we could be looking at another fight in the future.