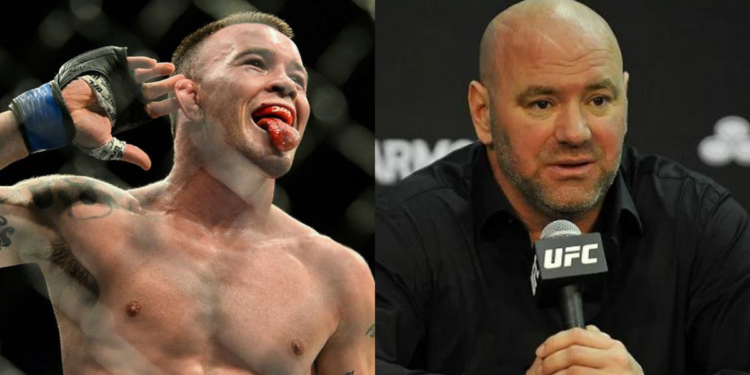 The welterweight division is going crazy at the moment. After Gilbert Burns tested positive for COVID-19 and pulled out of UFC 251, a few welterweight title contenders have presented themselves. Jorge Masvidal and Colby Covington are the front runners to get the opportunity to face Kamaru Usman.

And the fight was indeed incredibly close. Both the fighters exchanged lethal strikes and the fight was a draw going into the fifth round. However, Kamaru Usman had the last laugh as he won the fight by a 5th round TKO. But some glaring factors played a huge role in the outcome of the fight.

It can be argued that Kamaru Usman faked a low blow and took the valuable momentum away from Colby Covington. There were also some breaks in the fight due to eye pokes, which were questionable. And that’s why the fans are interested to see these welterweight elites take on each other.

Colby Covington or Jorge Masvidal, who is next for Kamaru Usman

And it does not seem a problem for the former interim champion, Colby Covington to take on Kamaru Usman on short notice. ESPN’s Ariel Helwani reached out to Colby Covington to get his statement for the ongoing speculations, which stated:

“My offer stands. Ball is in the UFC’s court. I’m here to save the day against Marty or Judas. Feed me either one. I’m ready. Knew to be ready for this 7 months ago.”

However, it does not seem this fight is going to happen. As per recent reports, UFC is planning to book Jorge Masvidal vs Kamaru Usman for the main event of UFC 251.

Besides that, Jorge Masvidal’s manager recently posted images of Masvidal getting his COVID-19 test done. He suggested that Masvidal has accepted the fight against Kamaru Usman for the welterweight title.

Well, that leaves Covington without an opponent. However, he is one fight away from a potential title shot. And who knows he might fight the loser of Jorge Masvidal vs Kamaru Usman before he takes another shot at the welterweight title.