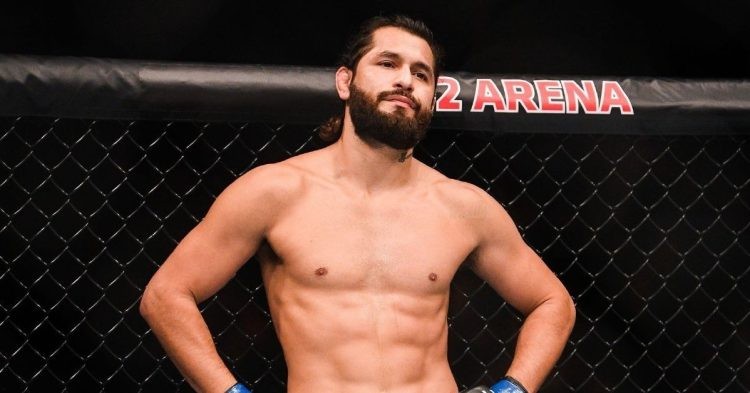 Jorge Masvidal rained down on the entire Welterweight division after recent advancements. Earlier today, Kamaru Usman pulled out of his title defense against Gilbert Burns which was scheduled to take place at UFC 256. The Welterweight Champion has officially pulled out of the bout and will look to defend his title belt at some point in 2021. With no new main event at the moment, UFC is looking at Stipe Miocic vs Francis Ngannou for the main event of UFC 256. Meanwhile, Jorge Masvidal did not look too impressed with everything that’s going on.

The Kamaru Usman vs. Gilbert Burns UFC welterweight title is off on Dec. 12, per sources. It doesn’t have a new date at the moment, but current talk is January of February. Usman needs a little more time. No new main event yet for UFC 256.

In a tweet targeted allegedly at Gilbert Burns, Masvidal talked down on the entire Welterweight division. “The fake is real in my division,” Masvidal said. Jorge Masvidal is looking at a title shot yet again after falling short to grab the belt against Kamaru Usman back at UFC 251. After Gilbert Burns tested positive for the coronavirus, Jorge Masvidal accepted a short notice fight against Kamaru Usman and fought full five rounds against the undisputed Champion.

Jorge Masvidal rains down on the Welterweight division

Sometimes you just have to sit back let certain individuals in mma show you who they want to be in the dark and who they truly are when the lights are the brightest. The fake is real in my division #1of1

Gilbert Burns has denied any ideas of a fight before taking on Kamaru Usman next year. Putting out a tweet, after MMA journalist Ariel Helwani suggested that Burns could take on Leon Edwards in a potential #1 contender’s match for the UFC Welterweight Championship, Burns said.

I’m already the number contender, I’m waiting for a title shot. Why should I fight to be a number 1 contender again? You really think that or just hating on Ali again? https://t.co/Z6gOuYlkAQ

“I’m already the number contender, I’m waiting for a title shot. Why should I fight to be a number 1 contender again? You really think that or just hating on Ali again?” Burns said.

Kamaru Usman has succesfully defended his Welterweight title two times now with notable wins over Colby Covington and Jorge Masvidal. Usman’s reign has turned out to be pretty dominant, and he will look to extend it further when he steps back inside the octagon against Gilbert Burns at some point in 2021.