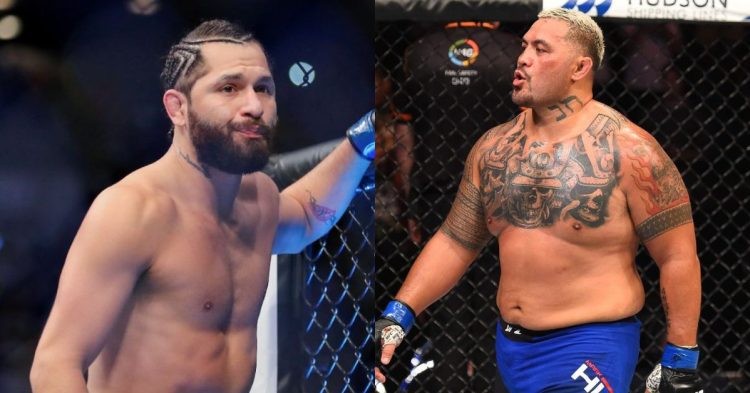 Jorge Masvidal is eyeing a potential rematch against Nate Diaz for the symbolic BMF title. Masvidal is coming off a unanimous decision loss to Kamaru Usman for the UFC Welterweight Championship at UFC 251. Masvidal took on Kamaru Usman in a short-notice fight for the UFC gold, after scheduled opponent Gilbert Burns pulled out of the fight after testing positive with the coronavirus. Recently, Masvidal took part in a two-week-long training with former Welterweight Champion Tyron Woodley ahead of the latter’s preparation for the Colby Covington’s fight.

In a recent episode of Fulltime Fighters episode on Youtube titled, “Jorge Masvidal vs Samoan food, the former title contender paid his respect to former UFC Heavyweight and one of the greatest PRIDE mixed martial artist oh his era, Mark Hunt.

Jorge Masvidal in his recent video paid adios to former Heavyweight Champion Mark Hunt, and stated that he has been a big fan of the former PRIDE competitor since his early days.

“The Half-Cast podcast with my boy Mark Hunt. For starters, I am huge huge Mark Hunt fan. I was watching Mark Hunt since the PRIDE days. So I watched his whole journey towards the end of his career in K1, then PRIDE, then UFC. I am just a big fan, I like how he fights, I like how he carries himself in and out of the cage.” Masvidal said.

Mark Hunt rose to stardom when he defeated MMA legend Wanderlei Silva. Since then, Mark Hunt has been in a lot of hugely anticipated showdown against some of the most prominent names in the history of mixed martial arts.

“I think he always stands up for what he believes in, so when I got offered the chance to hang out with Mark, I was like hell yeah.” 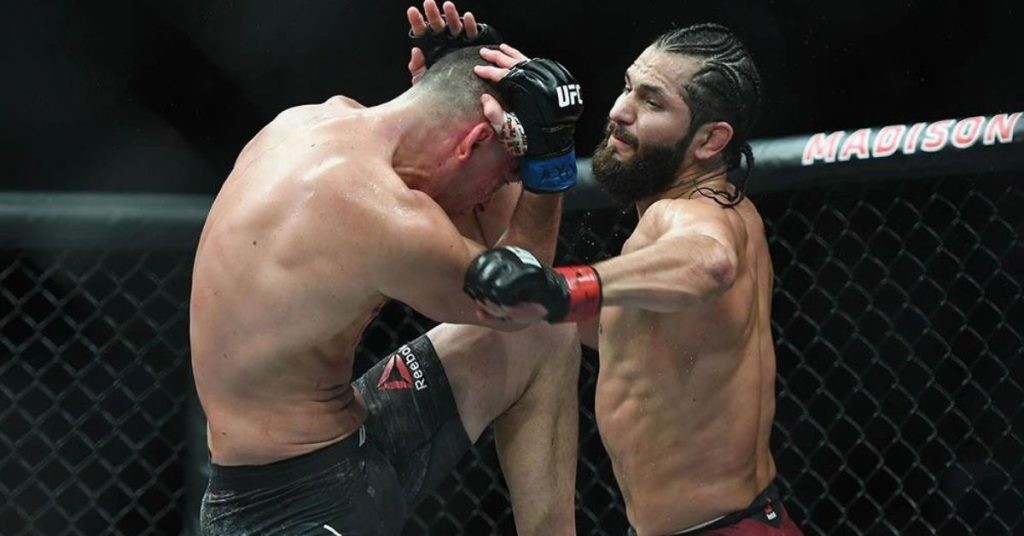 Jorge Masvidal is expected to take on Nate Diaz in a rematch for the symbolic BMF title in early 2021. However, many fights fans believe that a fight with Colby Covington makes the most sense. If Masvidal is able to get past Covington, after his dominant victory over Woodley, there’s a reason to believe that Jorge Masvidal could be as big as Conor McGregor in the UFC.