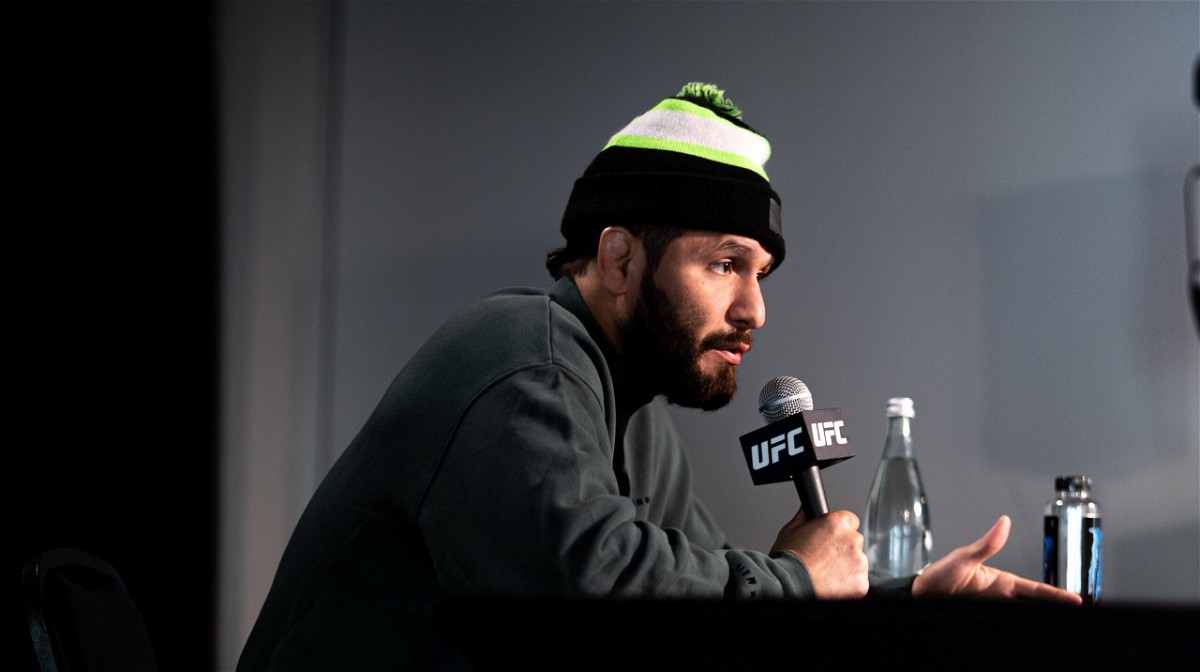 Wrestling will make the difference in the main event of UFC 272 between Jorge Masvidal and Colby Covington. That has been the notion since the fight was announced. Colby is considered to be a massive favourite in the fight.

However, that opinion may change as Jorge Masvidal reveals that Covington did not outwrestle him since his move to welterweight. The Miami native fought in the lightweight division for a very long time. However, Jorge has now switched his attention to the 170lbs division permanently.

In a recent press conference for the upcoming event, the BMF champion revealed the truth behind Colby’s claims of dominating Masvidal in the gym over the years. Masvidal stated that was the case, but not for long.

Jorge Masvidal on Colby Covington not wanting to wrestle him: “I always knew since then, coward”

In the press conference, Masvidal spoke about the days when he and Colby Covington initially started sparring. He confessed that Colby used to dominate him during his rub at lightweight. But the 34-year old could not do that after Masvidal moved to welterweight. The Street Jesus said,

“When he first came on over and again, everything could be fact-checked. I was at 155 pounds and just left Strikeforce. He (Colby) was just fresh out of college. He was actually considering fighting at either 185 or 170.”

“All of a sudden, the wrestling goes or not in his favour as much. You know, now he’s having to take a big breath because I got a little bit extra weight behind me and I know more of the wrestling. So the goals between me and him started to become far and few in between. When at 155, he’d always wanna go, he’d always use me for his training camps.”

“I remember for the Damien Maia fight, (I was) the perfect guy to help him out in a way to do a couple of things like Damien was me because I fought Maia. And I could try to emulate Maia in certain situations. Half-guard, sweep, things like that.”

“(Colby) wouldn’t want to go with me. I’d show up to practice, ‘Mike, I’m ready. You told me today I was gonna go with Colby.’ ‘Yeah, but Colby said he doesn’t wanna go with you today. Or other strikers that he was fighting, once I was at 170, didn’t wanna go no more.”

“I was like, I wonder why man? Because I used to take those a** whoopings like a man when he’d beat me in wrestling. Now that I got a little bit of weight on me and I could give it back to you, you don’t wanna go? And I always knew since then, coward!”

UFC 272 is only 3 days away. After all the trash talk between these two, who will emerge victorious after it’s all said and done? The event will be available exclusively on Pay Per View (PPV) on March 6.