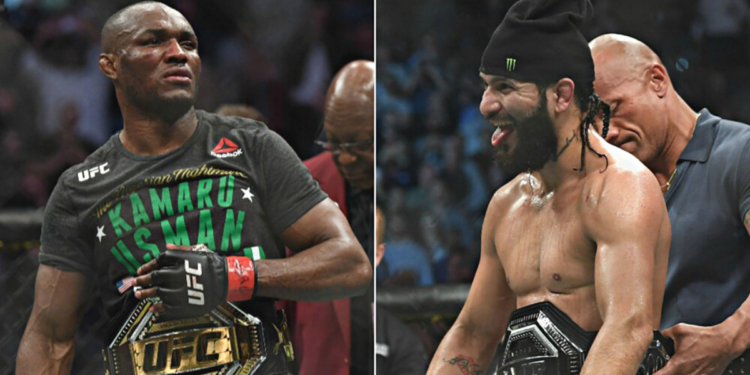 Much mayhem had ensued the last time Kamaru Usman and Jorge Masvidal came face to face with each other. With the fight already scheduled to happen at a future date, Masvidal pulled out of the bout citing inadequate match fee. Usman and Masvidal exchanged words on social media. Jorge Masvidal went a step further and blamed the UFC for unfair fighter’s pay. In a rant that is well versed with every fight fan, Masvidal took to Twitter to raise his voice on the entire issue. Many fighters spoke in support of Masvidal. However, during that time UFC had an equally credible contender for Kamaru Usman, in the form of Gilbert Burns. When negotiations with the UFC fell apart, UFC announced Kamaru Usman vs Gilbert Burns for the welterweight championship at UFC 251 at the Fight Island.

However, Gilbert Burns tested positive for Coronavirus and the initial UFC 251 headliner is scrapped. With UFC looking for replacement, both Colby Covington and Jorge Masvidal have shown interest to fight Kamaru Usman on short notice. However, UFC might be looking at making amends with Jorge Masvidal to get this much ignited feud some fire for a potential Kamaru Usman vs Jorge Masvidal for the UFC welterweight championship at Fight Island.

It looks like Kamaru Usman vs Jorge Masvidal is almost official, once Masvidal and his team are back with COVID test result. If Masvidal and his team passes the test, we might be in for a super fight between Usman and Masvidal for the UFC welterweight championship. UFC has the fight card at stake. The card is stacked. However, losing out on a title match in the welterweight division is certainly not a helpful situation. Additionally, Masvidal’s return to the octagon to face Kamaru Usman after everything that has happened, evidently gauges more attention. Masvidal is returning to the octagon after the BMF fight. It plays a huge factor if the team is able to pass the test, and the fight is official.

Again, they’ll have to take a COVID test, quarantine and wait for the results, which should come tomorrow. If they pass, the first big hurdle is cleared. Feeling we won’t get an official announcement until that happens because no sense in getting everyone excited until cleared.

With UFC 251 a week away, the company is looking at a quick replacement. Did they pay what Masvidal is asking? That’s something the next few days will explore. Meanwhile, it does seems like UFC has agreed, and upon COVID results, UFC will announce the fight.