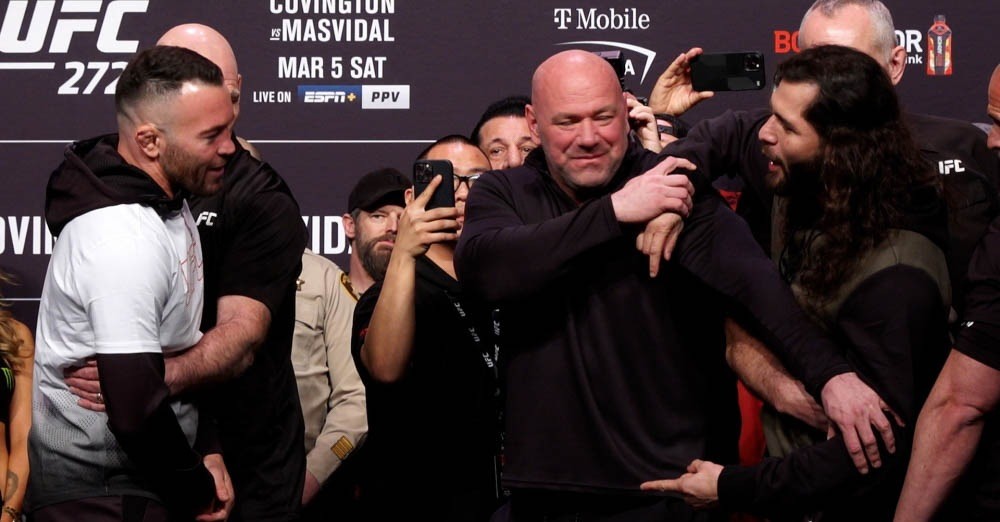 Is Colby Covington injured ahead of UFC 272? In just a matter of hours, Covington will step inside the Octagon to face Jorge Masvidal. But, is he at 100 per cent ahead of the much-anticipated clash?

There is a very personal rivalry between Chaos and the Street Jesus. They were teammates at ATT until just a couple of years ago. As a result, it is not surprising that they know almost every about each other.

Hence, it caught the attention of the audience when Jorge Masvidal repeatedly asked Colby about his knee during the weigh-ins for today’s fight. Pointing towards the former UFC interim welterweight champ’s knees, Jorge Masvidal said,

Jorge Masvidal’s manager on Colby Covington being injured: ‘There’s a lot we know’

After Jorge Masvidal’s comment, fans wondered whether he knew about an injury that Colby Covington was carryon that is yet to be disclosed. If the claim is indeed true, then it may play a massive role in the fight.

Jorge Masvidal just asked Colby Covington if he got cortisone shots on his knee.

Maybe he knows something we don’t.

Responding to that tweet, Malki Kawa, the manager of Jorge Masvidal simply wrote, “There’s a lot we know,” It apparently does confirm the news of Colby’s alleged injury.

The wait is almost over. Is Colby Covington truly injured? Will Jorge Masvidal be able to take advantage of it? Is Colby Covington entering the Octagon compromised? Fans are set to find out in a matter of moments. Covington is the betting favourite heading into the contest. However, the news of the apparent injury may cause the spectators to rethink their decision of picking Colby as the favourite ahead of hedging their bets.