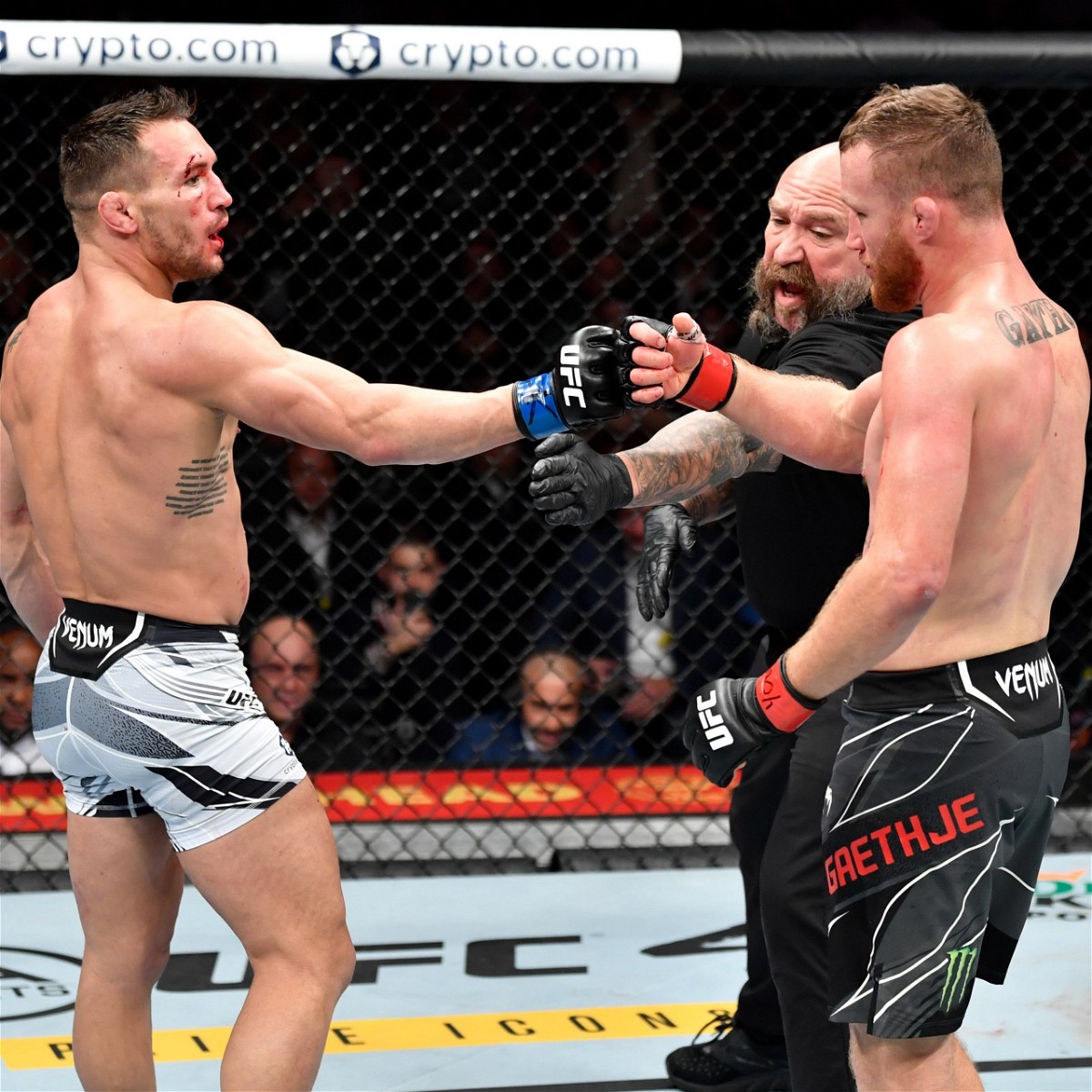 The UFC 268 main card kicked off with the Justin Gaethje Vs Michael Chandler fight and all the fight fans were shell-shocked. This is because both the fighters went to war and had the entire world on their feet since the opening minute of the fight.

Justin Gaethje defeated Chandler via decision. However, both the fighters showed premium striking ability. Gaethje targeted Chandler’s left leg with his dangerous calf kicks to make them numb by the end of the fight. Chandler’s explosiveness from the start was something to be praised off for sure. Both were so hurt by the end that they were unable to attend the post-fight press conference as they directly went for medical assistance.

Hence, both the fighters received a lot of praise for their performance from the MMA world on Social Media. UFC hall of fame Jon Jones demanded a rematch for Chandler saying he wants to see a fight b/w both for 5 rounds.

UFC heavyweight champion Francis Ngannou was impressed by the fight. He commented “what a crazy fight”

“We are living in a wrong time”: Justin Gaethje praises Michael Chandler in the octagon interview: 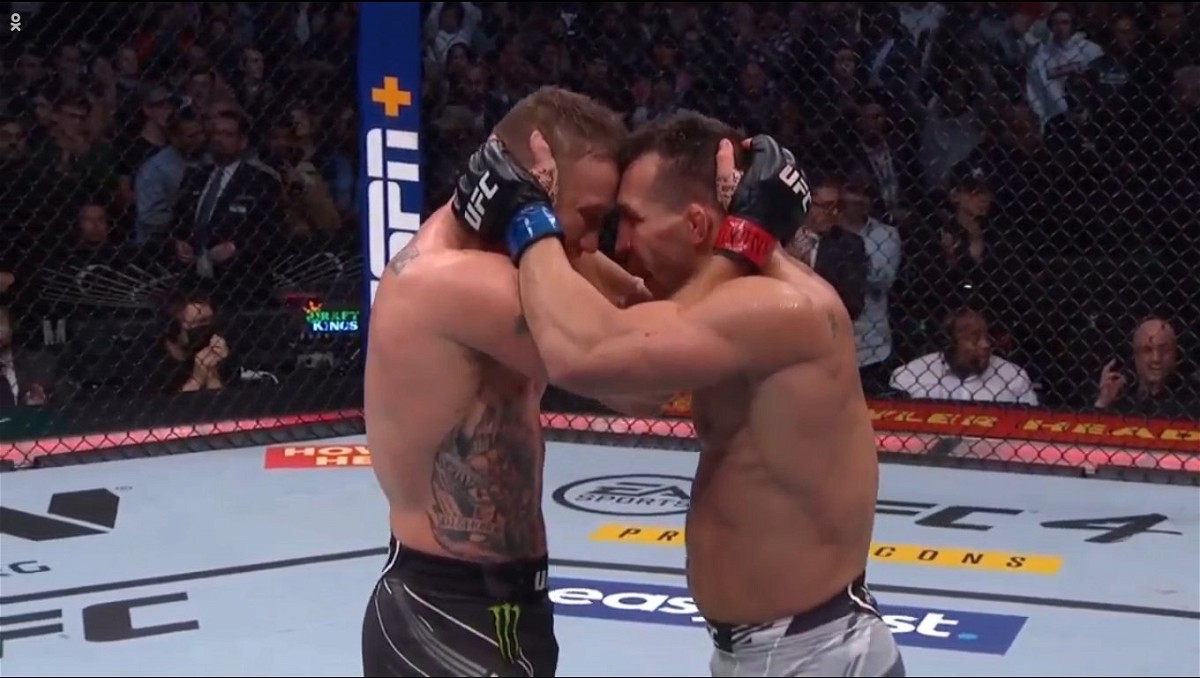 Soon after the fight ended Joe Rogan joined Justin  in the octagon to ask about the fight to which Gaethje replied saying:

“ I know exactly what that mother***** was, he is a warrior but we are living in a wrong time. I and he should be fighting in a colosseum”

This won’t be the last time these two thrown down! #UFC268 pic.twitter.com/rommEFzrRy

Justin Gaethje Checks on Michael Chandler in Ambulance, Both the Fighters Rushed to Hospital After Three Rounds of Insanity at UFC 268