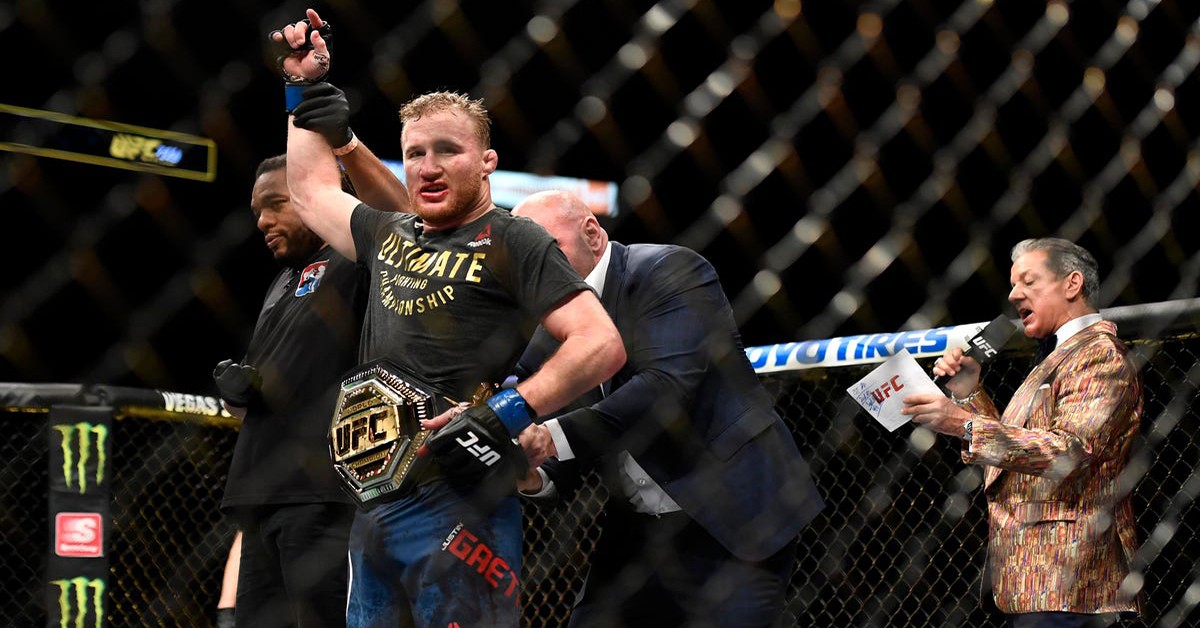 Soon after picking up a historic win over Tony Ferguson at UFC 249 for the interim lightweight championship, Justin Gaethje threw the interim strap, as he remarked, “waiting for the real one.”
Justin Gaethje was quick, calculated, and a much finer version of an already dangerous fighter who absolutely dominated Tony Ferguson and secured a TKO victory in the fifth round. In the process, Gaethje not only snapped Ferguson of his 12 fight win streak but also earned a shot at the lightweight championship against Khabib Nurmagomedov.

While for Tony Ferguson, it was not only a chance to get a title shot against Khabib, one he was already entitled to if he hadn’t met Justin Gaethje at UF 249, it was also a chance to become a two-time interim lightweight champion. Over the years many fighters and analysts have disregarded the value of an interim belt. Justin Gaethje throwing the interim belt away reflected the same outlook towards the interim title.

“I threw it on the ground because that was the competitor in me. As soon as I walked out, my coach told me to sip, to enjoy this. Not many people get to enjoy this, get to hold these things. So he told me to really enjoy it, and you know I have been. I have been taking pictures with it, with my family, my coaches, and the kids. It’s something special to share, so it’s cool.”

If reports are to be believed, UFC is looking at booking Khabib Nurmagomedov vs Justin Gaethje for the title unification fight at UFC 253 come September. In a highly anticipated bout, Khabib will take on Gaethje in his third title defense.