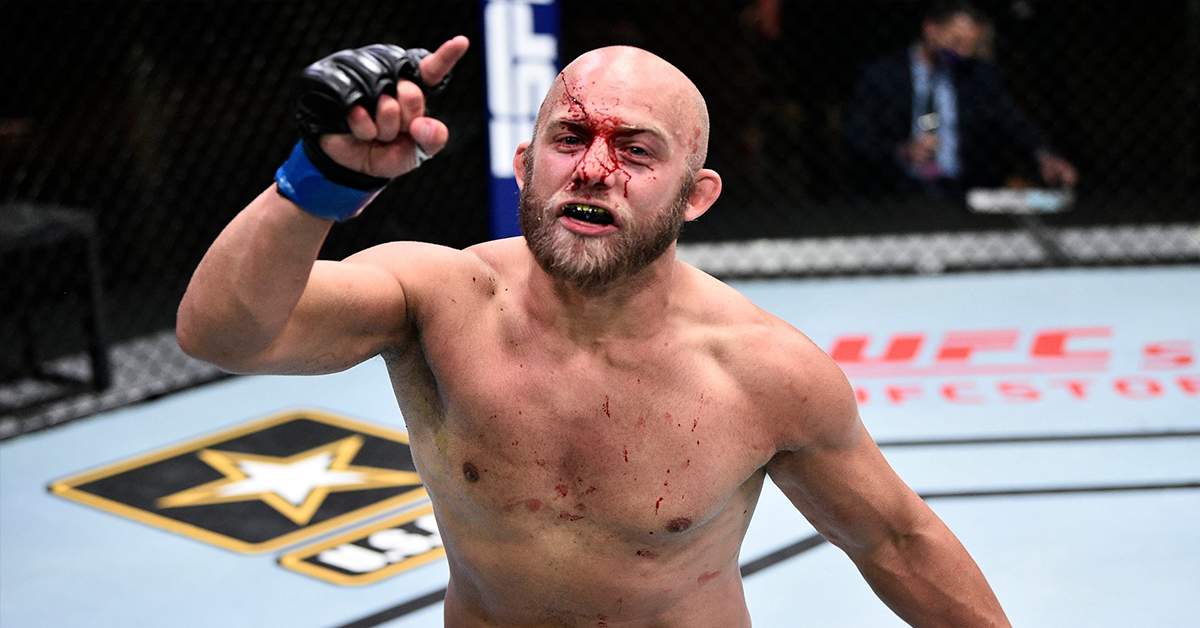 UFC is back with yet another night full of exciting action inside the octagon.UFC on ESPN takes place at UFC Apex in Les Vegas and features a main event between two top contenders at the heavyweight division. However, even before we go to the main event, there are some fighters who have have been able to put the world on notice with their stellar performances. And Justin Jaynes is surely one of them.

Justin Jaynes looked supremely confident on his UFC debut and annihilated his opponent under one minute. It all started with Jaynes landing an overhead right followed by a beautiful left hand. Frank Camacho was rocked and dropped on the ground with the combination. And he had a wild Jaynes to worry about who was looking to finish the fight as soon as possible. Though Camacho tried his best to defend himself Jaynes was relentless and kept coming until Herb Dean stopped the fight at 41 seconds of round 1.

WHAT A DEBUT FOR JUSTIN JAYNES! 😱 #UFCVegas3 pic.twitter.com/tANLKBqrAO

With that impressive finish, Justin Jaynes has managed to achieve a UFC debut that many can only dream of. Besides that, Justin’s MMA record has become 16 wins and only 4 losses.

Well, the UFC lightweight has just become even more interesting with the arrival of Justin Jaynes. There are plenty of fighters who can be a tough test for Jaynes. But a small celebration will be appropriate for Jaynes following an emphatic victory on his UFC debut.

Well, the action does not stop here tonight as we move on to the heavyweight showdown between Curtis Blaydes and Alexander Volkov. Curtis Blaydes is a strong contender for the prestigious heavyweight title. However, his losses against Francis Ngannou do weaken the magnitude of his victories over the rest of the UFC heavyweights.

But it can be said that the winner of this fight will get very close to the heavyweight throne.