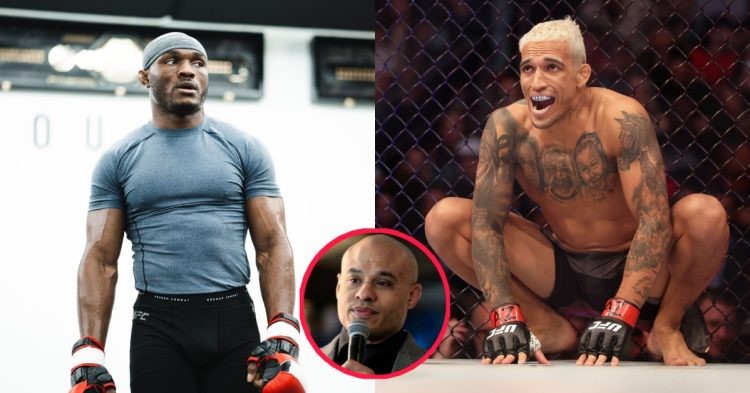 During the broadcast of UFC Long Island, it was announced that Charles Olivera was the 2022 ESPY’s best MMA fighter. However, it did not impress super-agent Ali Abdelaziz. Ali thinks his client Kamaru Usman should have won the award and calls him “the greatest fighter of all time.”

The Nigerian Nightmare was a nominee for the award along with Oliveira, Alexander Volkanovski and Kayla Harrison. However, the current lightweight title contender got the nod. In May of 2021, he won the title against Michael Chandler at UFC 262. He then proceeded to beat Dustin Poirier and Justin Gaethje at UFC 269 and UFC 274.

Not only did he beat them, but Do Bronx also finished all of them in a very entertaining fashion. Although he lost his title before the Geathje fight due to missing weight, Charles more than deserved the trophy as he beat 3 elite opponents in the most star-studded division in the UFC.

But as mentioned above, Ali did not like the fact that his client Kamaru Usman was overlooked. He also reminded the fans of Usman’s upcoming title defence. The welterweight champ will take on Leon Edwards at UFC 278 inside the Vivint Arena in Salt Lake City.

@USMAN84kg got robbed today of ESPY’s fighter of the year award and he do not give a fu*k, he is the greatest fighter of all time, nobody even close.

Charles Oliveira also has his next opponent lined up for him. After much speculation, the UFC finally announced that the current no. 1 title contender will face Islam Makhachev for the vacant lightweight championship. The bout will take place at UFC 280 which is set to go down inside the Etihad Arena in UAE.

Did Kamaru Usman deserve the ESPY over Charles Oliveira?

Let’s take a look at Kamaru Usman’s resume in the last year to see whether there is any merit to Ali Abdelaziz’s claims or not. Similar to Charles Oliveira, Usman also had 3 fights last year. He fought Gilbert Burns and Jorge Masvidal at UFC 258 and UFC 261 respectively. Usman also ended the year with a win over Colby Covington at UFC 268.

He finished Burns and Masvidal, while the Covington bout went the full distance. It proves that Kamaru had a great 2021. But the quality of opponents may have gone against Usman. While the Gilbert Burns fight was an outstanding addition to his resume, the other two fights were rematches.

I KICK TOO 👊🏿🌍🤴🏿 #AndStill #P4P pic.twitter.com/sdLYOviPih

Although he knocked Jorge out, the Street Jesus did not really deserve the fight. Even the Colby fight went the full distance. Whereas Usman stopped him in their previous contest in 2019. On the other hand, Oliveira has gone through top-ranked opponents that he did not face before.

Do you agree with Ali Abdelaziz’s claims that Kamaru Usman was robbed of the award? Or do you think Charles Oliveira was the rightful winner over other contenders? Let us know in the comments below.