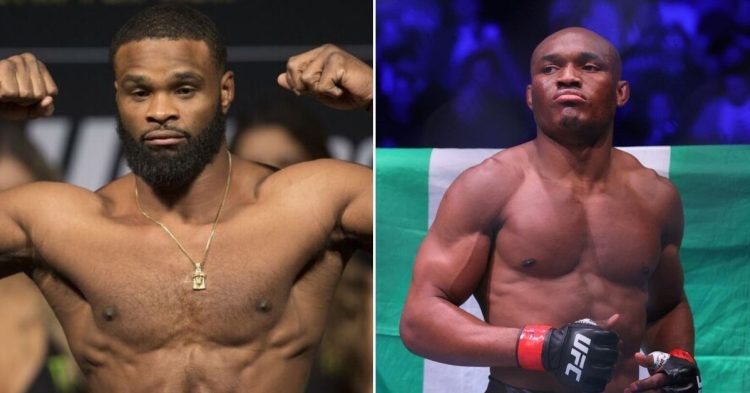 There’s no doubt that Tyron Woodley will go down as one of the greatest welterweight fighters of all time. During his reign as the UFC Welterweight Champion, Tyron Woodley was a dominant force inside the octagon. Woodley’s brutal KO win over Robbie Lawler will probably go down as one of the greatest performances inside the UFC octagon. With notable victories over Stephen Thompson, Kelvin Gastelum, Damien Maia, and Robbie Lawler, Woodley has already cemented his position as one of the best to ever hail the octagon. However, his past few performances have been a matter of concern for many fight fans. Woodley is coming off back to back one-sided losses against Kamaru Usman and Gilbert Burns.

Tyron Woodley is expected to settle his rivalry against Colby Covington with both the fighters expected to take on each other in a five-round war in the main event of UFC Fight Night this September.

Tyron Woodley states that he is just getting started

In a recent conversation with ESPN in the lead up to UFC Fight Night: Woodley vs Covington, Tyron claimed that the new fighters including the likes of Usman and Covington should thank him for mentoring them during the initial years of their UFC career.

“These guys were mentored by me. They should thank me. My name is engrossed in their legacy. Kamaru Usman has no legacy without me. Colby Covington built his whole – 2016-17, I was in 99% of his social media posts. Everything was TyQuil or whatever the heck. He built his whole name off of me and he finally got a fight against Damien Maia on FOX. Before that where was he at? Fight Pass. Fight Pass in Asia.”

“I don’t need them for legacy. I don’t need anybody for legacy. My legacy is going out there and showing people what action is. Showing you that I am the best. I punch the hardest. So I am not over the hill, I am really just getting started.”