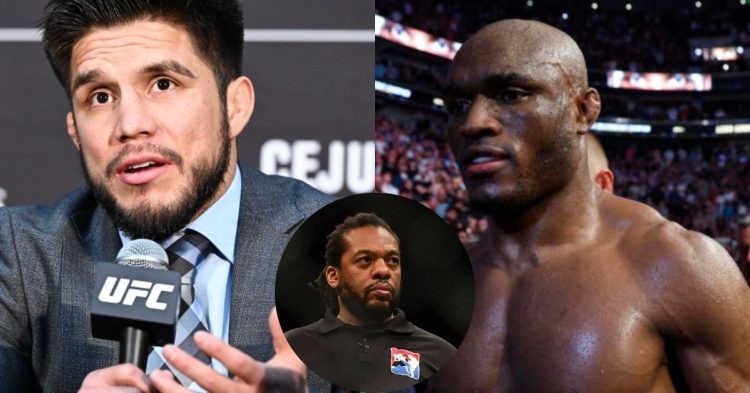 Kamaru Usman suffered his first UFC loss last weekend against his arch-rival Leon Edwards in the main event of UFC 278. The Nigerian Nightmare was brutally knocked out cold by Rocky with a stunning head kick in the final minute of the fifth round.

Every single person present in the Vivint Arena along with the fight fans watching the bout around the world were astonished after witnessing Edwards spark a remarkable turnaround.

During this rematch, many fans and fighters were unhappy with some decisions taken by Herb Dean and among those people, the former two-division UFC champion criticized the referee’s officiating. He also made a bold claim that Usman should suggest a different referee for his trilogy bout against Leon.

“The next time they do fight I think they need to ask for a different ref man. That way there is no you know what I mean like the fight was a little different.”

Herb Dean’s decisions definitely had a big impact on how the fight turned out and several fans online were annoyed after how he warned Leon for a fence grab and didn’t issue a warning to Kamaru in the first round.

Let us know in the comments section who should be the referee for the Leon Edwards vs Kamaru Usman trilogy matchup.

Unlike the commentators who were praising Herb Dean’s decisions at the UFC 278 rematch between Kamaru Usman and Leon Edwards, Henry Cejudo blasted Herb while having a conversation with The Schmo at the Triple C & Schmo show.

Triple C believes that Herb Dean gave Leon Edwards an opportunity to come back into the fight after separating the two welterweights for lack of action. Cejduo also claims that Rocky would have been unable to do anything significant had the referee not restarted the position.

To explain the sequence, Usman was in control after landing a takedown in the fifth round. The Nigerian Nightmare was dominating from the top position and it looked like another easy win for him. However, Dean’s separating caused a shift in momentum and thereafter Leon Edwards landed a beautiful head kick to end Usman’s title reign.

Do let us know in the comments section your thoughts on Herb Dean’s officiating at the Kamaru Usman vs Leon Edwards rematch at UFC 278.