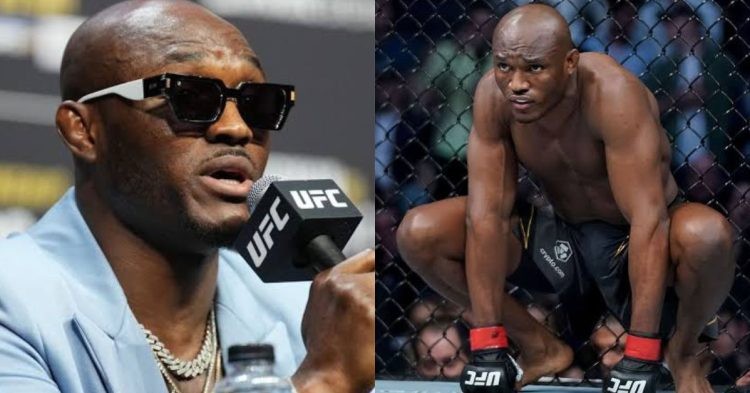 Several fighters like Justin Gaethje, Ronda Rousey and a few others have claimed that having sex before fights have helped them perform better inside the octagon. However, Gaethje’s teammate Kamaru Usman made a big revelation and said that he refrains from having sex during fight week.

In the prelude to UFC 278 episode three on his channel, Kamaru Usman shared his take on the myth that having sex before fights creates problems for the fighter. The welterweight champion disagreed with people saying that engaging in sexual activity outside camp affects the performance during fights.

But Usman said that he doesn’t have sex during fight week and revealed the reason behind it by sharing one of his experiences.

“No I mean it’s been proven that’s a myth that’s been busted. That myth right there it’s not all if you have sex you’re two months out of camp you having sex that it affects you no it doesn’t. But fight week I don’t focus on having sex no way no way at all.”

“You know I tried it one time and I realised that no you are being slow. You know you don’t want to do that to your legs especially you cutting weight, especially you dying. First and foremost your performance ain’t gonna be up to par like you used to.”

According to Usman, he wants to have an edge in every aspect whether be it physically or mentally and that is one of the main reasons why The Nigerian Nightmare doesn’t indulge in any kind of sexual activities during fight week.

Later in the video, Kamaru Usman’s friend asked him whether his statement on not having sex during fight week basically means that he is on the same level as arch-rival Colby Covington when it comes to cardio. To which The Nigerian Nightmare quickly denied being better than Chaos and gave him his fair share of credit in that aspect.

“No, no, no he could take that. He’s got that. But I’ve got the victories,” said Usman.

Every fighter has a different method of preparing for a fight. For some fighters, indulging in sexual activities can help them positively go into fights. Whereas the performance of some fighters could be affected due to having sex during fight week. Do let us know in the comments section your thoughts regarding this topic.