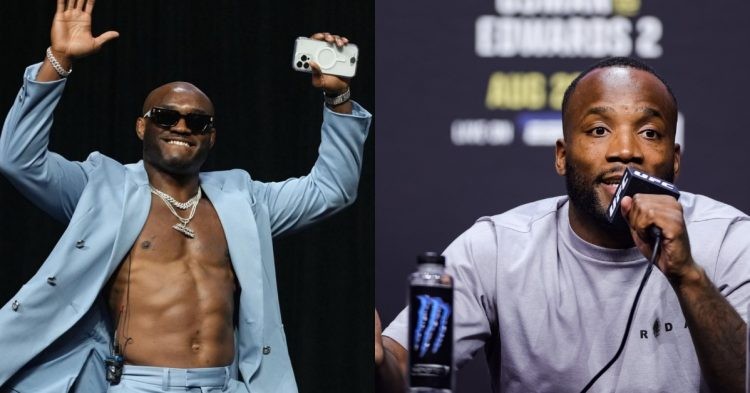 Kamaru Usman is one of the best modern UFC welterweight champions. He is certainly the next best champ in the division since Georges St-Pierre. Hence the hype surrounding Usman was massive ahead of UFC 278. Fans did not think Leon Edwards had any shot against a potential GOAT candidate. But, to everyone’s surprise, Leon knocked out Kamaru with a head kick.

The Nigerian Nightmare had a lot of swagger about him prior to the loss. Because of his 5 consecutive title defences, Usman earned a lot of mainstream credibilities. His star power was so great that he even earned a guest role in the upcoming Marvel juggernaut, Black Panther 2. So it is safe to say that Usman was flying high before last month’s event.

However, the loss has put a major halt to Usman’s momentum. But it looks like Usman is taking the loss in stride and is working hard to fight Leon once more. From all the interviews Usman has had since the last PPV, he has come across as the most humble person in the world. Kamaru gave Leon the credit and said he is relieved to have the belt taken off him.

But Leon Edwards does not buy it! He recently had an interview with Ariel Helwani on BT Sport, where he was asked about Usman’s recent behaviour. The new champ is not a fan of it and called Usman’s behaviour “weird.”

“To go from this cocky guy, to now ‘I’m happy to get knocked out. It’s a relief.’ I just don’t believe it. For me and I hope, like I said, I never get to a stage where a loss, I’m happy for a loss. Yeah, it’s weird, I don’t know. The way he’s handling it is the only way (he) could handle it, right? He couldn’t come out and be like, salty. I think he’s handling it the only way he could handle it.”

Leon Edwards is currently enjoying his time as the champion. During the interview, he stated that he has received a lot of love from both UK fans and American fans. But the focus is now on the next fight. When asked about what is next for him, Leon replied that Kamaru was the first choice for his first title defence.

Edwards revealed that he had a meeting with UFC President Dana White following his win against Kamaru Usman. Rocky stated that there were talks of a massive stadium show in the UK built around him. Dana even promised to put up one of the best MMA cards ever to treat the European fans.

However, Leon also stated that, personally, he would love a fight against Jorge Masvidal. They had a history together which the UFC never capitalized on. Hence, a fight between them in the UK would be gigantic and the champ knows it. However, he is not stuck on it and is more than happy to give the rematch to Usman.