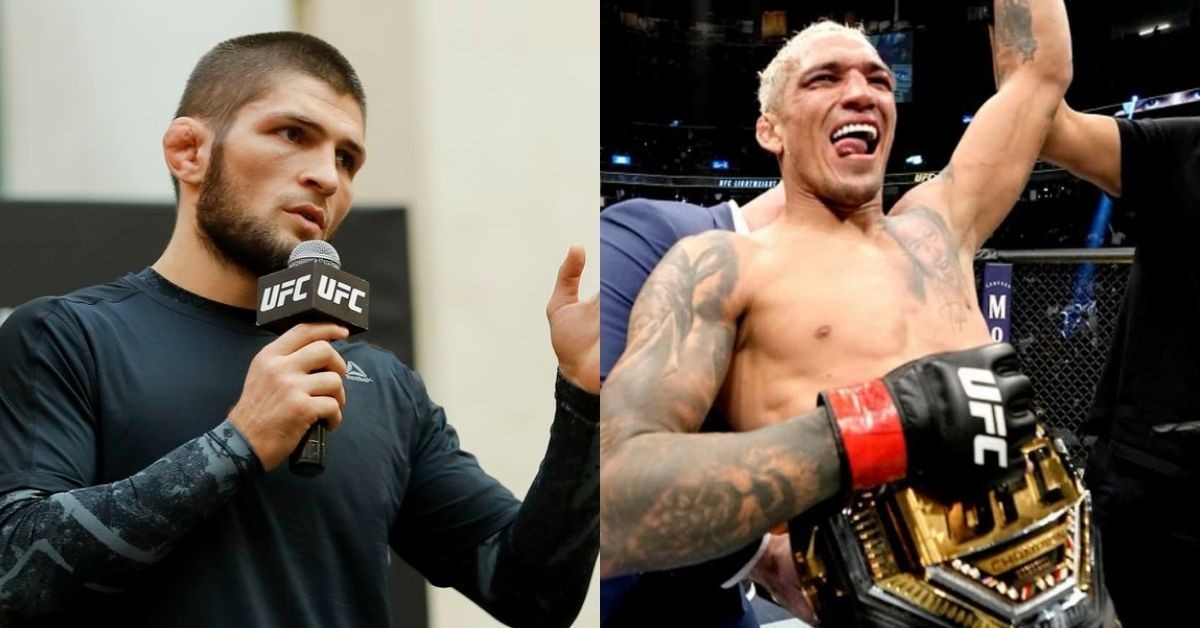 Khabib Nurmagomedov made headlines a few days ago after he expressed his interest to return in the UFC to face Tony Ferguson in TUF on Twitter. In a recent interview with ESPN MMA‘s journalist Brett Okamoto, the former UFC champion spoke about his return and discussed several other things.

During the opening segment of the interview, Brett Okamoto asked Khabib about the rumours surrounding his return if Charles Oliveira defeats Islam Makhachev. Interestingly, The Eagle neither denied or confirmed his comeback.

So far Khabib has been extremely confident about Islam Makhachev’s chances to win against Charles Oliviera. He even predicted in one of the interviews that Makhachev will submit Oliveira within three rounds if they compete inside the octagon in the future.

“If Charles wins Islam we have to give him credit. Then he’s gonna be undisputed UFC lightweight champion. Right now I believe he’s a champion, I believe. Even this like people talk about half pound like I believe he deserve. Right now this moment he deserve a champion. You know he doing very good job now. But he’s not undisputed.”

Apart from giving an update about his UFC come back in the recently concluded interview of Espn MMA, Khabib Nurmagomedov also spoke about Charles Oliveira’s current streak of wins over top fighters like Justin Gaethje and Dustin Poirier. 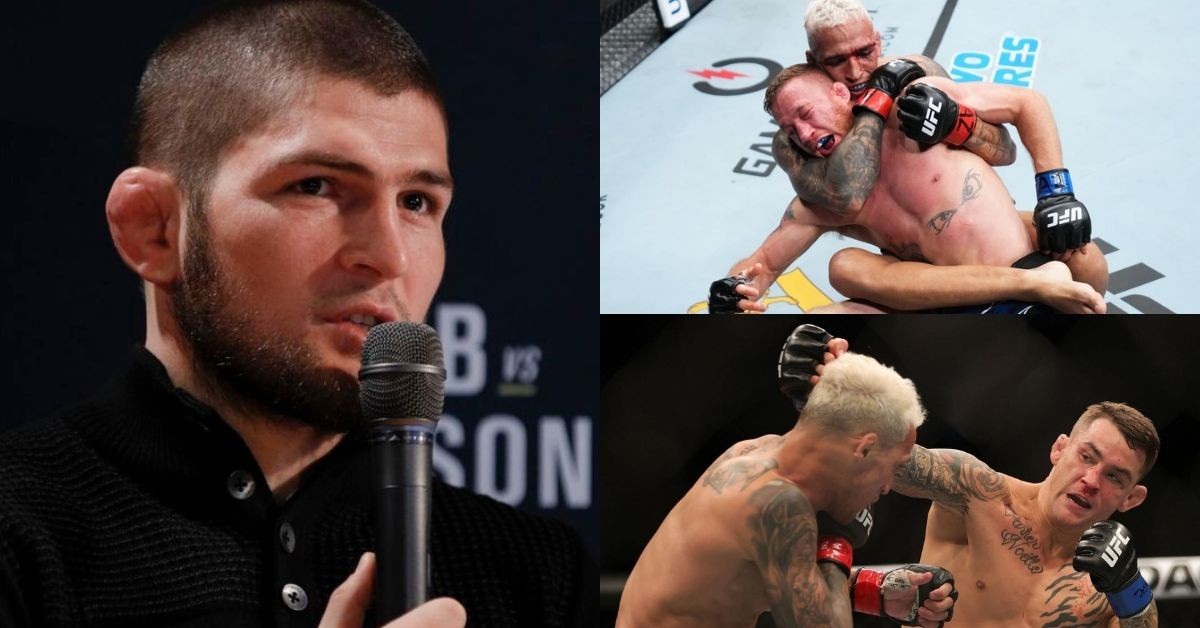 He compared Do Bronx’s title reign and downplayed his dominance by stating that The Highlight and The Diamond are not in their prime right now. The Eagle claims that it was a different time when he fought the likes of Conor McGregor, Dustin Poirier and Justin Gaethje and finished the segment by stating that he finished his career as the undisputed champion.

It is needless to say that Khabib is one of the greatest lightweight fighters in the history of the sport. However, Charles Oliveira has also certified his name as an all time great and his route to become a champion is a thing to behold and his current dominance is spectacular.

Because finishing the likes of Michael Chandler, Dustin Poirier and Justin Gaethje within a combined twenty minutes is not an easy feat.