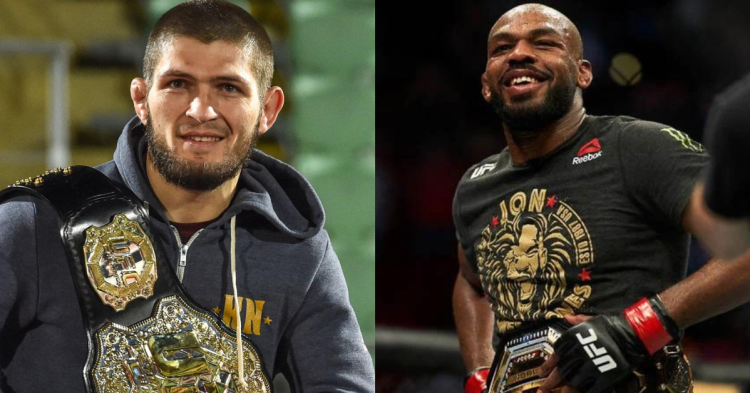 Recently, President Dana White announced that heavyweight champ Francis Ngannou is parting ways with the UFC. This was followed by the announcement of Jon Jones taking on Ciryl Gane at UFC 283. As such, many have weighed in and shared their thoughts on the matter, including Robert Whittaker.

Speaking in an interview, the former Middleweight champ showed his excitement about the matchup. According to Whittaker, Jones’ return is likely to be the biggest PPV card of the year and will generate the most buys. Moreover, Robert gives his take on why Jones is the best of all time.

“Jon Jones is the best of all time – of all time, pound-for-pound greatest of all time,” Whittaker said. “What he did to his opponents, and to the division, and as a champion, nobody has come close to that level of supremacy and domination. He is a freak of nature.” As such, Jones is the clear GOAT for Whittaker, over the likes of Khabib Nurmagomedov, Anderson Silva, and Georges St-Pierre.

Further, Whittaker gives his reasoning for the same. As per Whittaker, Jones’ statistics indicate that he can take down and grapple people with ease. Moreover, ‘Bones’ has been known to be able to strike with the best of the best. If that’s not all, he also possesses the cardio, strength, power, height, and physique along with a really high fight IQ.

For the most part, Whittaker’s points are valid. Jones has been through numerous ‘wars’ throughout his career and has been a nightmare for most of his opponents. However, will he be able to replicate the same kind of success after such an extended break and in a new division? `

With Francis Ngannou departing from the UFC to pursue his boxing endeavors, it only makes sense that Jon Jones and Ciryl Gane fight for his vacant heavyweight title. As such, Jones and Gane will go head to head in the main event of UFC 285 on March 4 at the T-Mobile Arena in Las Vegas, NV.

Whilst it was a surprising sight for many to see, it only makes sense that we’ll see a similar approach from Jones as well. For the most part, Jon is going to take Gane down, keep him on the ground and likely finish him there.

As Whittaker emphasizes, “Jones’ wrestling is next-caliber. Nobody comes close to what Jon Jones can produce in the Octagon, and this is my opinion.”

Now 35, and out of action since 2020, Jones’ prowess and ability have come under question from some fans. After winning a closely-contested bout against Dominick Reyes, a lot of people believed that it was the beginning of the end for Jon’s time at the top. However, Jones has been hinting and preparing for his move up to heavyweight for a long time now and many would expect him to be well-prepared.

Do you agree with Whittaker’s opinion of Jones being the best of all time? Will Jon be able to roll back the years and deliver yet another masterclass? Where does Jones stand in your GOAT rankings? Leave your thoughts in the comments below.