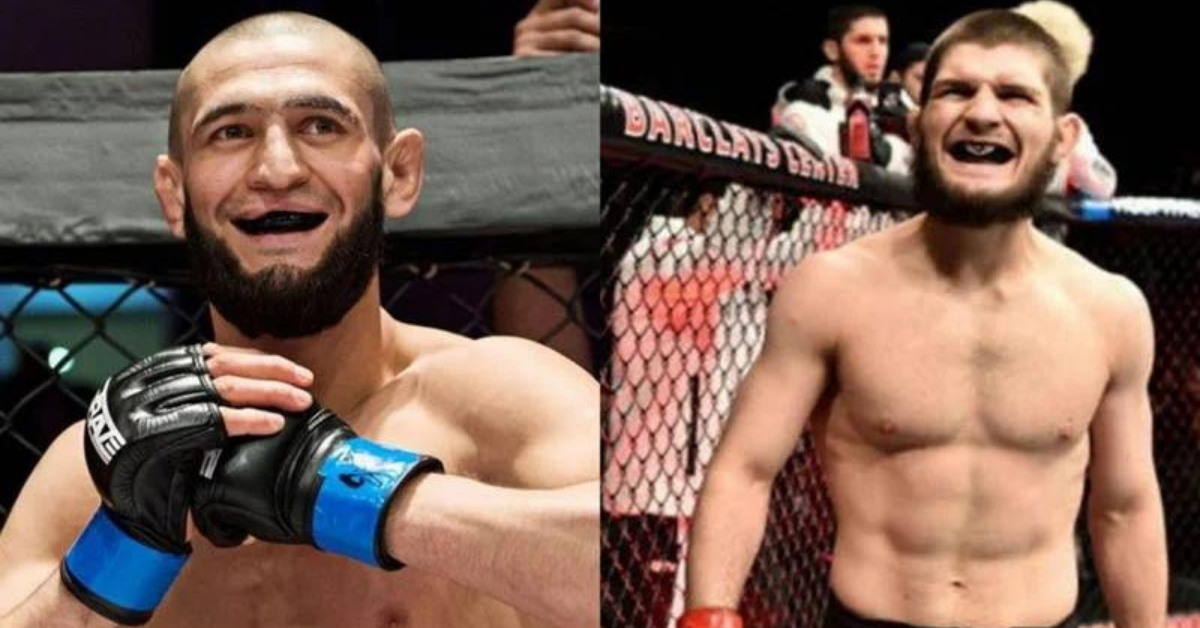 Khabib Nurmagomedov looked equally impressed about UFC breakout star Khamza Chimaev, who set the record for the quickest successful turnaround in the history of UFC with dominant performances in both the fights. Khamzat Chimaev picked up incredible victories over John Phillips and Rhys McKee. Chimaev plans to go forward in the Welterweight division, despite having fought in the middleweight division in his UFC debut. Chiamaev holds the quickest turnaround in the history of UFC at ten-days notice. He is an impeccable grappler and has dominated his opponents in a fashion that has drawn similarities with the undefeated king of the lightweight division, Khabib Nurmagomedov.

Khabib Nurmagomedov is scheduled to face Justin Gaethje in a unification title bout for the undisputed Lightweight Championship at UFC 254. In a recent interaction with the media, Khabib opened up on his match-up against Justin Gaethje and shared details on his super-fight against Georges St-Pierre.

Nurmagomedov had a piece of advice for rising contender Khamzat Chimaev. The current lightweight Champion shared that Chimaev should not get distracted with all the attention. He also asked him to stay in the gym and be ready for the tough opponents ahead of him.

“You asked about Khamzat Chimaev. I think people compare us because we are practically from the same region. He is a Chechen, I am a Dagestani. He’s a wrestler. I think that’s why.” Khabib added, “He has a lot to experience in the UFC. I’d advise him to not leave the gym because he’s going to get tough opponents and he can’t lose focus. When there’s a lot of attention on you, it can be distracting. A person can be unprepared for it. You have to be careful. Just come out, take care of business and leave.”

Khabib Nurmagomedov has continued to stay sharp despite the media attention around him. He remains undefeated and undisputed king od the UFC lightweight division. Khabib Nurmagomedov will go down in history as one o the greatest mixed martial artist of all time. However, Khamzat Chimaev has shown that he has what it takes to follow the steps of Khabib’s achievements inside the octagon. It will be interesting to see Khamzat’s career going forward, with a lot of hype around him and big comparisons with the likes of Khabib Nurmagomedov.