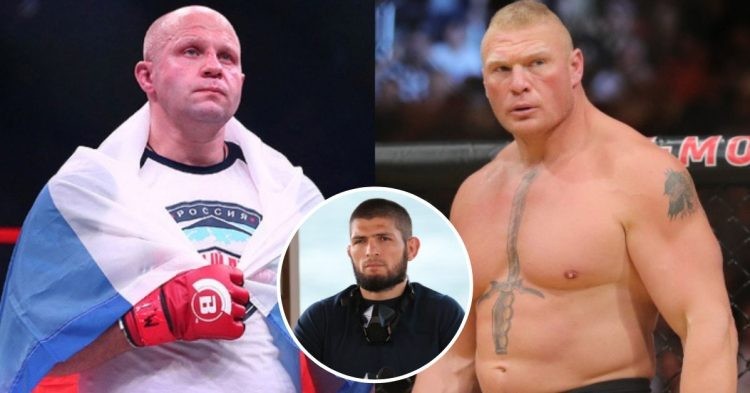 When we talk about the greatest mixed martial artist hailing from Russia, Fedor Emelianenko would definitely find a place. Fedor, alongside Khabib Nurmagomedov, are two of the most accomplished mixed martial artists in the history of Russia. While there’s no doubt that both the fighters will go down as probably the greatest of all time, the Dagestani shared his thoughts on a potential match-up between Brock Lesnar and Fedor Emelianenko.

Recently, Brock Lesnar became a free agent after failing to come to terms with WWE. Soon after the news broke, light-heavyweight Champion Jon Jones called out Lesnar for a super-fight at the heavyweight division. However, there have been rumors of a potential match-up between Lesnar and Fedor. Khabib shared his thoughts on the match-up and stated that there are far more interesting options for Fedor other than the former UFC Heavyweight Champion Brock Lesnar.

Khabib Nurmagomedov feels Fedor should get his revenge against Fabricio Werdum 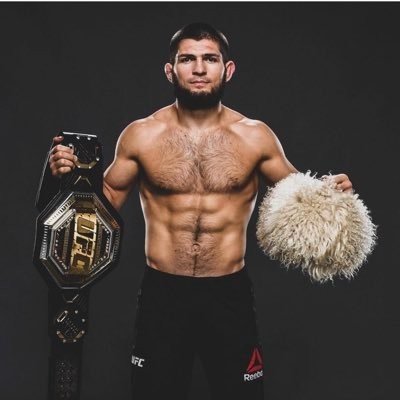 Fedor Emelianenko’s accomplishment inside the octagon can be measured from his dominant career during his prime years where he racked up incredible victories over some of the most prominent names in MMA. Fedor once enjoyed a 28 fight win streak which came to an end at the hands of Fabricio Werdum back in June of 2010. Here’s what Khabib had to say about who should Fedor face next.

“I would like to see. I think it would be more logical to fight with Fabricio Werdum. Make money and take revenge for that hurtful defeat. In my opinion, such a fight would be more interesting than with Brock. Werdum is now a free agent. I think the only question is money.”

While Khabib looked in favor of Brock Lesnar locking horns with Fedor Emelianenko, he showed more interest in a rematch with Fabricio Werdum. Khabib stated that the fight against Werdum makes more sense. It’s hard not to agree with Khabib. Fedor was snapped off his incredible streak after Werdum submitted the Champion in the first round of the fight. Werdum picked up yet another impressive submission win over Alexander Gustafsson in his debut fight at the heavyweight division. It is an exciting match-up and one that is definite to bring back memories for fights fans around the world.