Khabib Nurmagomedov Reveals What Islam Makhachev Has to Do to Compete With the Top-Stars Like Gaethje, Poirier, and McGregor 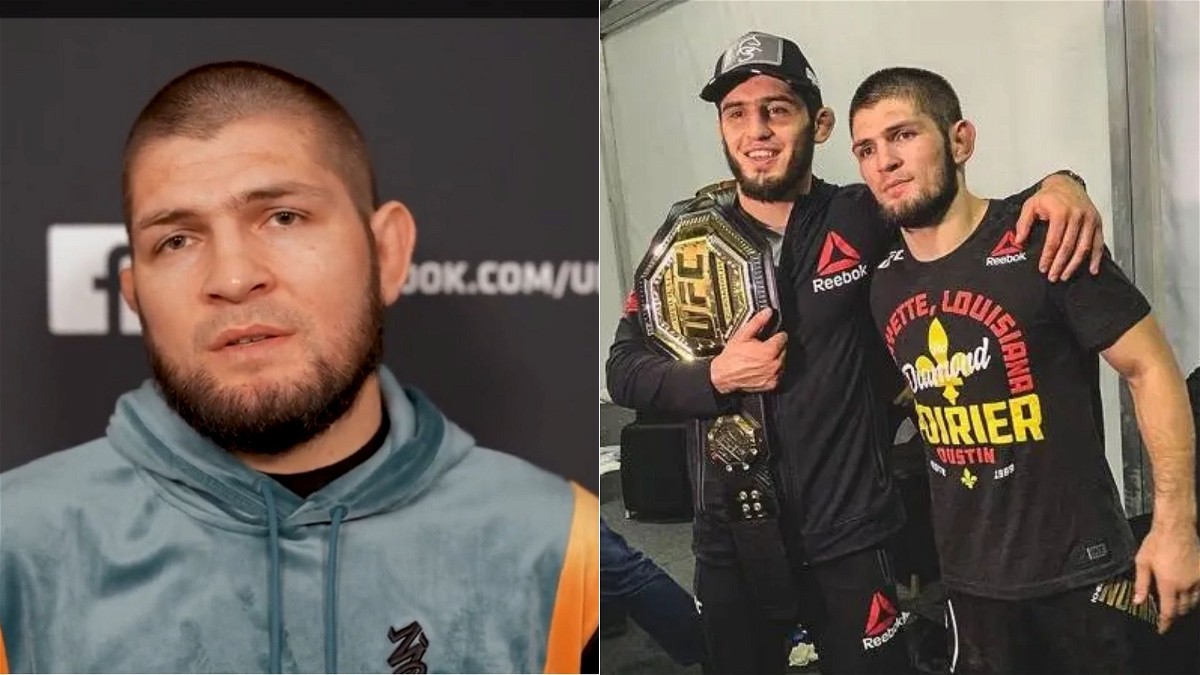 Khabib Nurmagomedov reflected on the pressure of being a main-event fighter ahead of Islam Makhachev vs Bobby Green in the UFC Vegas 49 headliner. The former UFC lightweight champion will be in the corner of Islam Makhachev for his fight against Bobby Green. In the lead-up to the main event, Nurmagomedov shared his thoughts on Islam Makhachev, and why his incredible winning streak might not be enough to make him a huge star. Makhachev is currently on a nine-fight winning streak and has cemented his position as a future champion in the division.

However, there’s more to being a super-star in the game than just the victories inside the cage. Khabib Nurmagomedov opines, “When you fight in the main event, in the UFC. This is not only about Saturday night. This is about all week. This is all about all media stuff. You have to do so much media. Today morning, before media day, he give like six interviews, something like this.”

Khabib Nurmagomedov also added on the current hype about Islam Makhachev, which is mainly built around his sheer dominance and his incredible 9 fight win streak. However, even that won’t be enough to make Islam a star in the world of mixed martial arts according to Khabib Nurmagomedov.

Khabib on the extra pressure that comes with being in the main event #UFCVegas49 (3/4) pic.twitter.com/7y0GfR8VRG

“When you want to fight for the title. In a division where there are so many stars, Justin, Dustin, Conor, Charles Oliveria, Michael Chandler, like a lot of big stars. Sometimes, your best win streak is not enough. That’s why you have to be on media, you have to connect with media. Be patient with media, and when you go to the cage and smash your opponent, then you can become a star.”

It’s hard not to agree with Nurmagomedov. Makhachev interacting with the media is the only way fans are going to learn more about the fighter. Makhachev has worked on his English to a huge extent and is currently giving his own interview compared to Nurmagommedov, who has acted as his translator in the past. Needless to say, with time, it is expected more and more fans will rally themselves behind the sheer force of dominance that is Islam Makhachev. And if he keeps winning the way he is, the lightweight championship gold doesn’t seem so far.