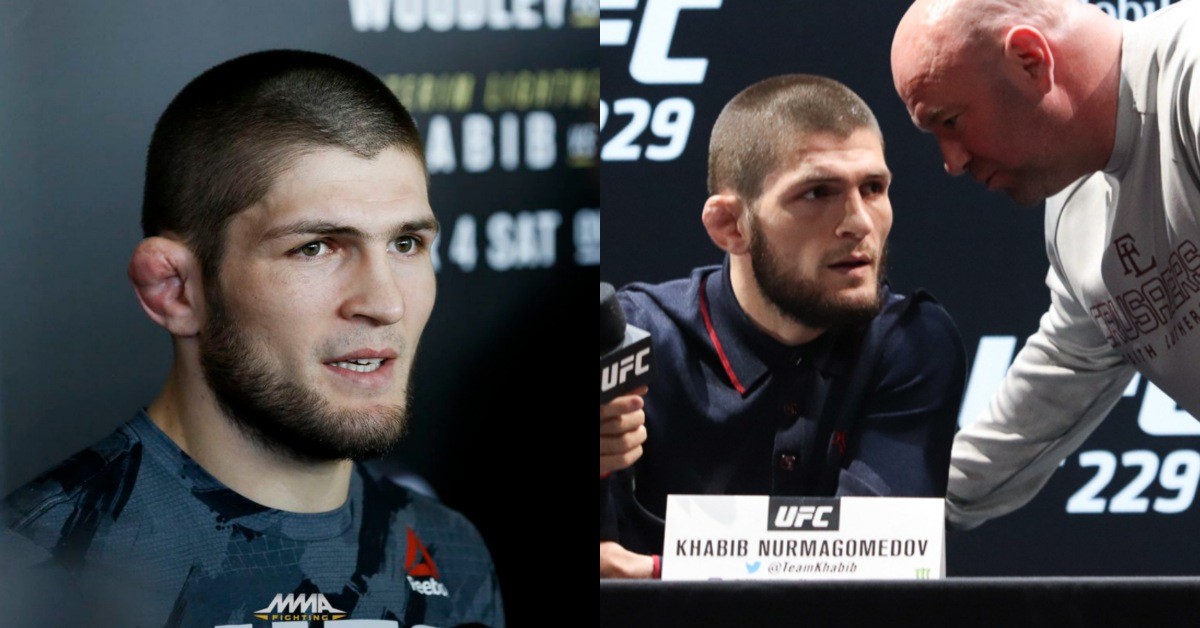 Khabib Nurmagomedov is up for coaching in an upcoming season of The Ultimate Fighter (TUF). However, the idea was not of his own, Tony Ferguson made the suggestion recently. But it has certainly grabbed Khabib’s attention.

The Eagle gave a brief interview to ESPN’S Brett Okamoto yesterday. During that, he revealed how excited he was about the prospect of being a TUF coach. Despite stating that he is not willing to fight Charles Oliveira for the belt anymore, Khabib is still very excited to continue his long-standing relationship with the UFC.

He apparently even texted the UFC President regarding the matter. But he is yet to hear back from White, revealed Nurmagomedov. The former UFC Lightweight Champion is yet to have an opportunity to coach in the esteemed TV show. Hence, he is willing to come back and be a mentor on ‘TUF’ along with Tony Ferguson.

Khabib spoke on the lack of star power in UFC at the moment. He pointed out the absences of Jon Jones, Conor McGregor, Daniel and etc. Viable draws such as Kamaru Usman, Israel Adesanya and Alexander Volkanovski are present in the UFC at the moment. But Khabib still feels as if the company is lacking good content. He said,

“I like idea (of TUF) honestly. We can do some stuff… If me and Tony, we’re gonna be Ultimate Fighter coach, I think they can create good content… Dana, we have to finish two business. Islam Makhachev and Ultimate Fighter. Call me back brother. Because of you don’t call me back, I’m gonna be in Vegas, June. Then you have to send me message, your location”

Although Khabib Nurmagomedov revealed that Dana White is ignoring him, it was more a tongue in cheek. He did not seem to be angry at all. White shares a good rapport with the Dagestani star. Dana even pushed Khabib not to retire in the prime of his life. Hence it is not logical that he will ignore Khabib when he is willingly coming back.

But Dana may hesitate to book it right away for one reason. Usually, the show culminates with a fight between the two coaches. But Khabib is not ready to come out of retirement. It may cause some logistical problems in booking these two to be the coach. Will the fans tune in to see the show when they know that Tony and Khabib will not settle the score in the Octagon? Only time will tell.