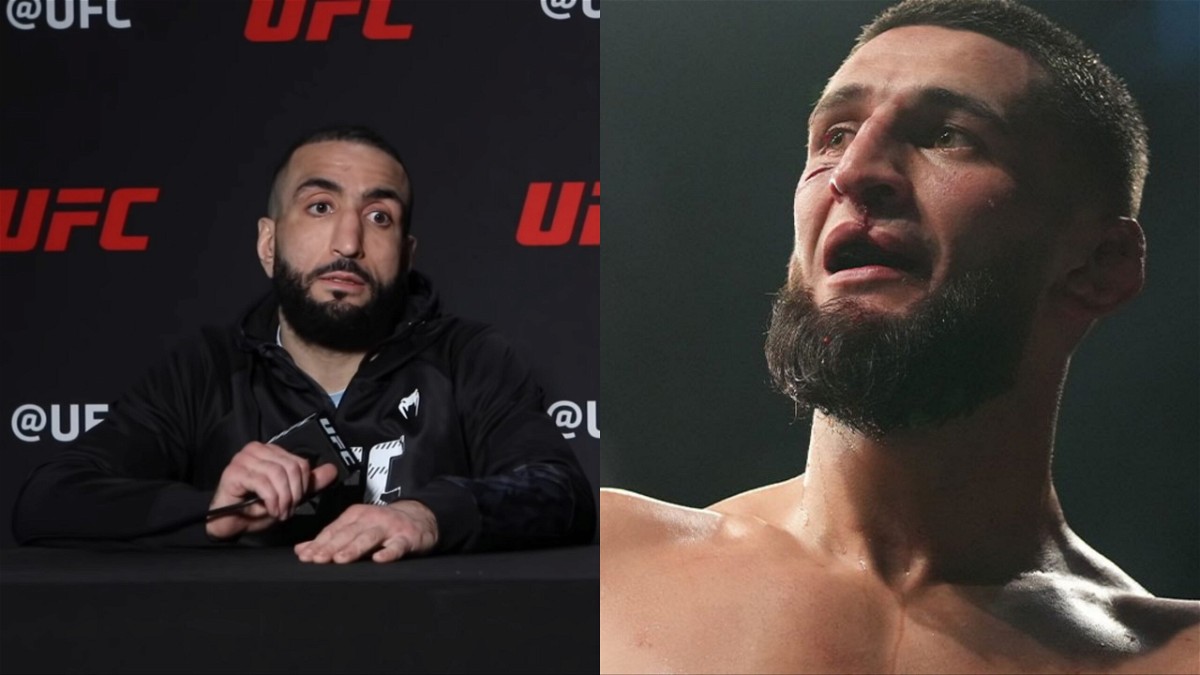 Belal Muhammad thinks Khamzat Chimaev perhaps has the ability to beat everybody else in the UFC welterweight division other than him.

Muhammad is all set for a rematch with Vicente Luque, which will headline the upcoming Fight Night event this weekend. Ahead of the fight, Belal came face to face with the press to promote his fight. In the press conference, he spoke about the fight between Khamzat Chimaev and Gilbert Burns.

Although some have claimed that Chimaev is not good enough because of the success Burns had against him at UFC 273. However, Belal Muhammad does not buy into that theory. According to him the hype surrounding him was unrealistic and impossible to live up to. He said,

“I think he’s still a great fighter. He’s still undefeated, he’s still super young. I think people just put in as this robot, this Marvel character that he’s just gonna touch you and you fall. But we all bleed, we’re all human beings.”

Belal Muhammad is currently ranked at no. 6 in the division. Hence, he wants to take out all the fighters, who are positioned ahead of him which will lead to a showdown between him and Khamzat Chimaev eventually. In the press conference, he further added,

“I think that they put him at so high, that, now that he didn’t walk through the no. 2 in the world, well, he sucks. Bro, he’s still a great fighter, he’s still a great challenge. And he’s a guy that I think can definitely beat everybody in the division. Except for me.”

Belal Muhammad has never shied away from tough challenges. He stepped up to fight Leon Edwards last year after Jorge Masvidal pulled out of the originally scheduled bout. Muhammad then took on another tough challenge and fought Stephen Thompson.

He even called out Khamzat Chimaev previously who was considered the boogeyman of the division at the time. Although the fight may not be imminent, The Bully has proved that he can beat elite fighters and isn’t afraid to fight the best fighters. Hence, the fight with Khamzat will be fascinating to witness.