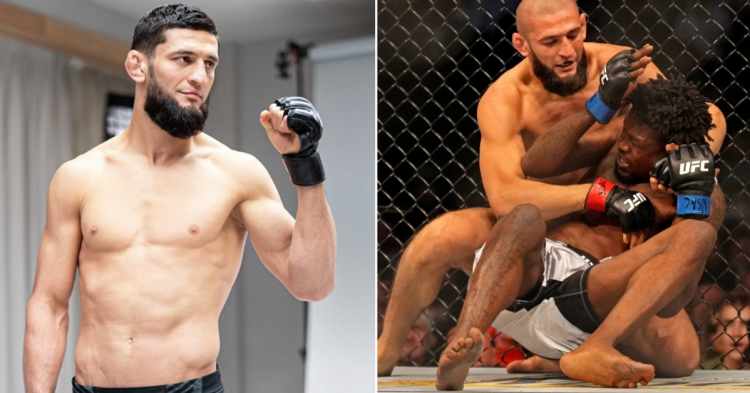 Khamzat Chimaev took on Kevin Holland back at UFC 279 in quite possibly the fastest turnaround in the history of the UFC after the entire UFC 279 card was rescheduled in light of Chimaev missing weight for his much anticipated main event against Nate Diaz.

Chimaev, who got in a verbal spat with Kevin Holland moments before the pre-fight press conference was rescheduled to take on Kevin Holland in the UFC’s middleweight division. Meanwhile, Nate  Diaz took on Tony Ferguson in the main event.

Needless to say, this kind of turnaround demanded Dana White compensate all the fighters which turned into Chimaev’s highest fight purse of his mixed martial arts career at the time.

Chimaev has not stepped inside the Octagon since that fight and is aiming a super fight against Alex Pereira in Brazil in January. Meanwhile, UFC President Dana White has confirmed that the promotion is looking at Colby Covington vs Khamzat Chimaev next.

How much did Khamzat Chimaev earn for the Kevin Holland fight?

Khamzat Chimaev did not reveal the exact figures but did share that the fight purse for the short-notice Kevin Holland fight was the highest purse of his UFC career.

“Lot more rich, like more money than all my fights I am making. I never make that much money.” Chimaev revealed. However, he did add that had to pay a lot of taxes. “But I paid a lot of tax as well.”

Khamzat Chimaev has turned out to be one of the most profitable stars in the company, and with increasing popularity, the future looks bright for Chimaev if he keeps winning. A match-up against Colby Covington is enticing considering both the fighters like to engage in trash talk, while a title fight against Alex Pereira is exciting for different reasons.

Chimaev has also expressed his interest in fighting in next month’s UFC PPV between Jiri Prochazka and Glover Teixeira if required. Needless to say, Chimaev’s “anytime, anybody” attitude has captivated the interest of UFC fans and if he manages to execute it inside the UFC Octagon, the sky is the limit!
Tags: Kevin HollandKhamzat ChimaevUFCUFC 279
Previous Post