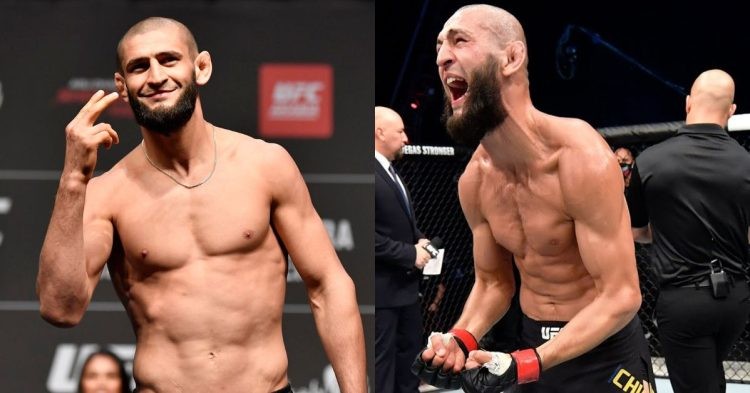 A new hype train from Stockholm has made its way through Chechnya to the UFC. Khamzat Chimaev is here to continue the dominance of Russia in the UFC and follow in the footsteps of Khabib Nurmagomedov at lightweight and Petr Yan at bantamweight.

He is not the next emerging star because of his flawless fighting, but also because of his sarcastic persona, which makes it entertaining to watch him succeed or fail. In either case, he attracts viewers, which is crucial for the company.

After an impressive 6-0 start to his Octagon career, “Borz“ rapidly gained the attention of UFC fans, with five of those victories coming by way of first-round finishes.

The fighter’s situation is not perfect, though. He is now being held in St. Petersburg, Russia after the Russian government took his passport. This week’s travel plans for “Borz,” who was en route to Chechnya, have been put on hold until further notice. “Borz” was also scheduled to visit Brazil later this week.

BREAKING: Khamzat Chimaev had his Passport detained and he is barred from leaving Russia. Chimaev went to visit family in Chechnya and can’t leave because of Russian recruitment for the war with Ukraine.

Khamzat Chimaev manager clears the air in his statement

In an update to the following news, the manager of Chimaev stated that the allegation that his passport is restrained is false. The same was reported by Brett Okamoto to which he stated, “I just spoke to Khamzat Chimaev’s manager Majdi Shammas, who told me reports of Khamzat being stuck in Russia with a revoked passport are not true. Khamzat is in Russia, but there are ‘no problems’ with any travel restrictions according to Shammas.”

One does not know much about the given situation in the current moment. However, updates for the same will come up to gain further clarity for it. Here are few fan reactions hearing upon the news:

Yeah, that doesn’t sound like a manager trying to do ”damage control” at all. yep.”

“I heard he was stuck inside Darren Till.”

What happens with the fighter is unknown. His fans can only hole he does not land himself in any big trouble and hopefully gets his name cleared. Until then, one can sit back and watch the cards unfold.
Tags: Khamzat Chimaev
Previous Post