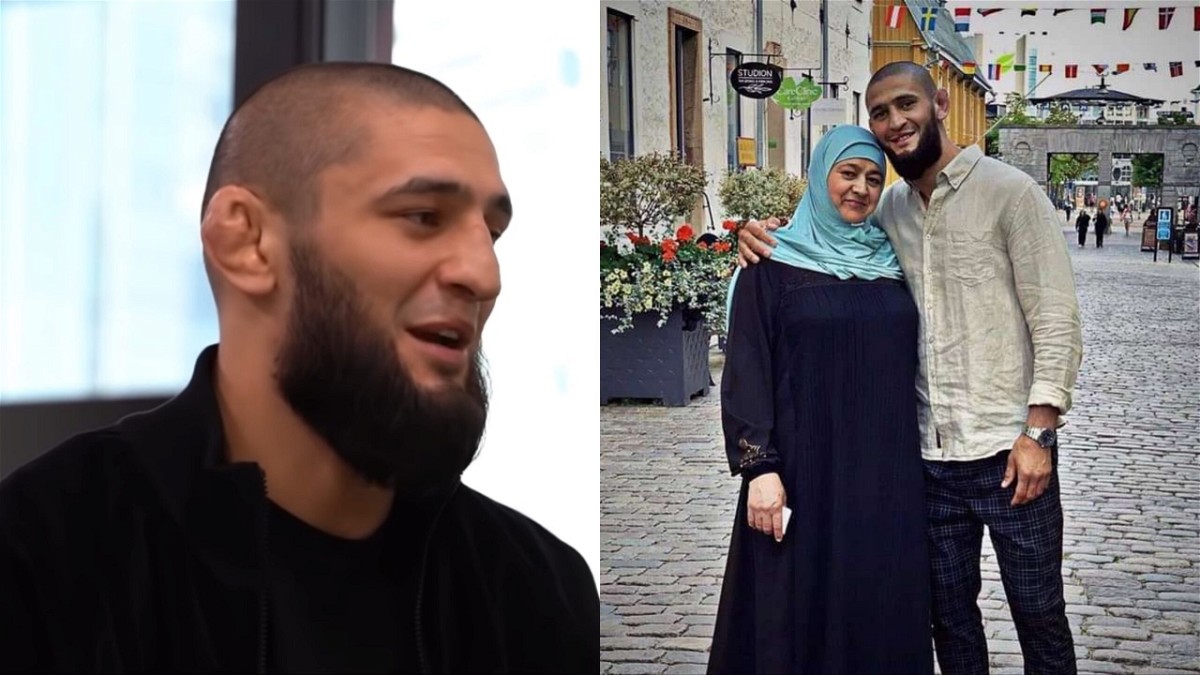 Is Khamzat Chimaev set to retire earlier than expected due to a promise that he made to his mother?

Chimaev is only 27-years old and he is very new to the sport. He has only had 4 fights in the UFC and is about to fight Gilbert Burns in a crucial match that will potentially determine who the next title contender will be at welterweight.

With a win this Saturday on UFC 273, it is almost a foregone conclusion that Chimaev will fight the winner between Kamaru Usman vs Leon Edwards. The Swedish fighter is currently the most talked-about fighter in UFC. Former UFC double champ Daniel Cormier called him ‘the scariest contender‘ at 170lbs.

However, it seems as if Chimaev’s potential reign at the top will be a relatively short one. During a recent interview, Khamzat added that he wants to get out of the sport as soon as he feels that he is the undisputed no 1. The Borz said,

“My mother thinks I become a champion after each fight I win. I did promise I will retire when I become a legit champion. So my goal is to be no. 1 and then I will retire.”

Will Khamzat Chimaev follow the footsteps of Khabib Nurmagomedov?

The undefeated former UFC lightweight fighter and Hall of Famer Khabib Nurmagomedov walked away at the height of his powers in 2020 after beating Justin Gaethje at UFC 254 because of a promise that he made to his mother. Will Khamzat Chimaev follow the same path as Khabib Nurmagomedov?

Unlike Khabib, Khamzat is not a champion yet. However, he is certainly just a step away from fighting for the welterweight strap. Hence, retirement does not seem imminent. Even if he does become a champion, Chimaev will look to defend it as a fighter only becomes the true champion when they defend their title.

The consensus 170lbs GOAT Georges St-Pierre has 9 title defences and current champion Kamaru Usman is right behind him with 5. Hence, Chimaev’s quest to become the ‘no. 1’ will most likely take a few more years. As a result, fans can rest easy because Chimaev has a good 5 years left before talks of retirement come up again.