Khamzat Chimaev Reveals the Story Behind His New Haircut 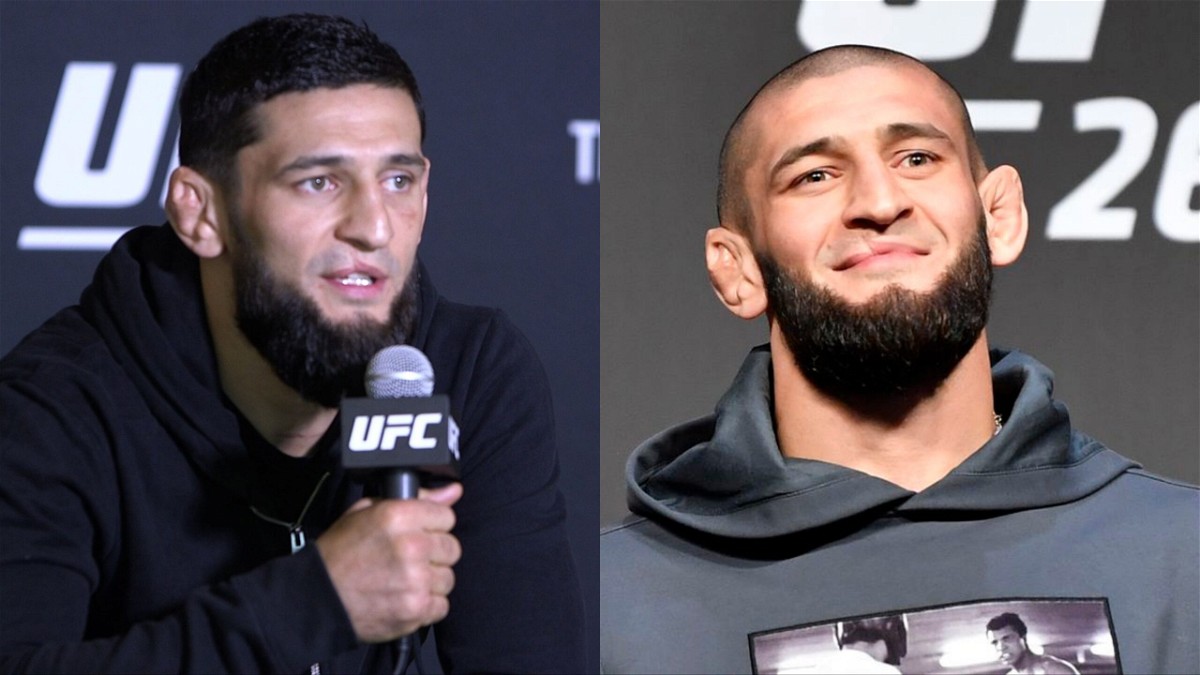 Khamzat Chimaev will step back inside the Octagon in a couple of days. This time around, he has a massive step up in competition as he faces Gilbert Burns. Burns is currently ranked no. 2 in the division and a win will potentially guarantee a title shot in the next fight.

Unlike his previous fights, Khamzat Chimaev has been very accessible to the general public. He has constantly shared insights into his private life on his social media accounts and on his YouTube channel.

Fans have noticed quite a bit of difference between the fight week Chimaev and the regular life Chimaev. He is very fun-loving, witty and friendly in real life. Also, he is not naturally bald. He just shaves his hair ahead of his fights. During a recent interview with Daniel Cormier, Khamzat Chimaev opened up on the matter.

“Now it’s too much but I’m gonna shave before the fight” When asked about whether it’s an American haircut or not, Chimaev replied, “I don’t know brother what is that. It’s one guy he cuts our hair. He do the same thing to everyone. Everyone looks the same in the house. Smesh brothers.”

Did Darren Till make Khamzat Chimaev change his hairstyle ahead of UFC 273?

It is no secret that Darren Till and Khamzat Chimaev have slowly become the best of friends over the past few months. It all started with them going back and forth on Instagram. Then Till joined Chimaev’s gym in Sweden to work on his wrestling. They developed such a great bond that Khamzat even picked up the scouser accent.

Hence, the fans wondered if Till had anything to do with Khamzat’s latest hairstyle or not. In an interview with BT Sport, Chimaev revealed he wanted to break the monotony of having the same hairstyle all the time. Khamzat added,

“Sometimes have to change something. You know I can not be like always the same person. I always have to do something different. You what I’m saying? Sometimes you cut the hair, sometimes you let it grow up.”

Although his hairstyle may not be the same, Chimaev wouldn’t certainly hope that his perception remains the same as it was during the first four fights of his career. With Darren Till on his corner, Khamzat will look to keep his winning streak going at UFC 273.