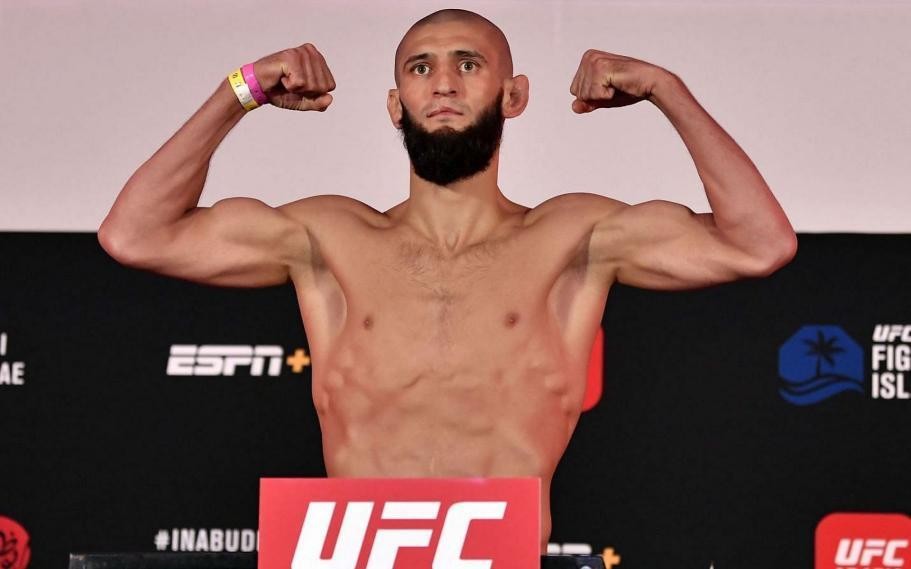 Khamzat Chimaev is one of the brightest prospects in the welterweight division of the UFC. The ‘Borz’ is yet to lose a fight in his professional MMA career. At UFC 273, Khamzat Chimaev will be taking on Gilbert Burns at the VyStar Veterans Memorial Arena in Jacksonville, Florida.

Khamzat Chimaev first started training in MMA when he was 23 years old. Chimaev trains at the Allstar Training Center in Stockholm, Sweden under head coach Andreas Michael. He moved there to start his MMA career in 2017, after previously living in another Swedish town, Kalmar, where he trained at the local wrestling club. 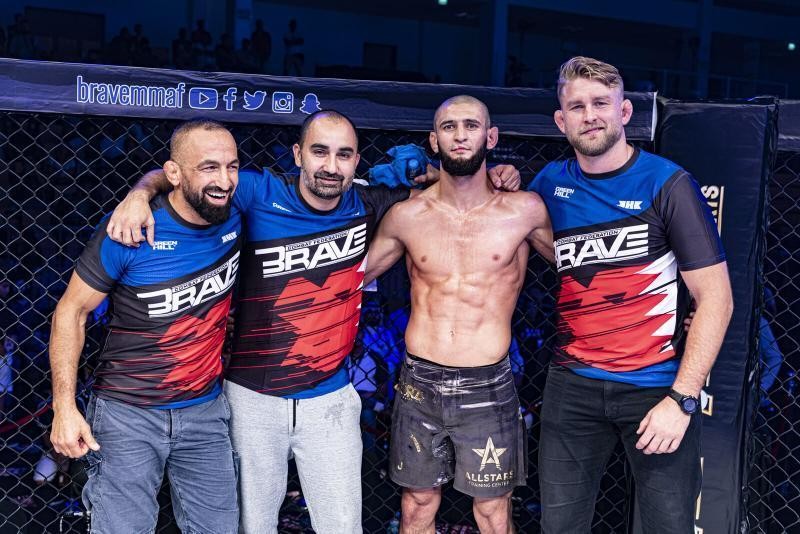 Chimaev’s head coach Andreas Michael has a lot of coaching experience, as he has trained many UFC fighters like Alexander Gustafsson, Ilir Latifi and many more. Currently, Michael is working hard to prepare Chimaev for his bout against Gilbert Burns at UFC 273.

Khamzat Chimaev’s Brazilian Jiu Jitsu coach is Alan “Finfou” Nascimento, who is a multiple-time BJJ world champion. Nascimento is also notable for his teaching style and, over the past few years, he has helped Chimaev on his Jiu-Jitsu game. In addition, Nascimento is also responsible for sharpening the ground game of other MMA stars such as Ilir Latifi and Alexander Gustafson.

Who are the training partners of Khamzat Chimaev?

A longtime training partner of Khamzat Chimaev at the Allstars Training Center is the former three-time UFC title challenger Alexander Gustafsson. Several times in the past, Gustafsson has said with utmost confidence that Khamzat Chimaev has what it takes to become a world champion in the UFC.

Another guy that has been recently spotted training with Chimaev is ‘The Gorilla’, Darren Till. In 2022, Chimaev and former title challenger Darren Till got in contact to train with each other, with Till arriving to Stockholm in February, and have since been training at the Allstar Training Center. Chimaev also continues to train alongside current and former UFC fighters such as Ilir Latifi and Reza Madadi.

It remains to be seen whether the efforts of the aforementioned men will help Khamzat Chimaev ahead of his highly anticipated welterweight matchup with Gilbert Burns at UFC 273. Do you think Khamzat Chimaev will beat Gilbert Burns? Let us know in the comments section below.