Khamzat Chimaev’s Nickname: Why Chimaev Is Called “The Borz”

Khamzat Chimaev has taken the world of Mixed Martial Arts (MMA) world by storm. He will fight Gilbert Burns on the undercard of UFC 273. Although it has 2 more fights which are more significant as the Featherweight and Bantamweight titles will be on the line, neither feel as big as the Chimaev fight.

Although the fans initially were led to believe that Khamzat will fight for the title next, UFC president Dana White came out and clarified that is not the case. According to him, a win over Burns will only earn him another no. 1 title contender fight against Colby Covington.

Colby Covington is currently the no. 1 ranked fighter in the UFC welterweight rankings. Hence, the winner of that fight will definitely fight the champion, Kamaru Usman, in near future. However, it will all depend on Khamzat’s ability to win this Saturday.

Khamzat Chimaev’s nickname and the meaning of it

Khamzat Chimaev has the nickname of ‘The Borz.’ The word Borz means wolf in Chimaev’s home country Chechnya. Fighters usually get their nicknames because of their fighting style or their characteristics.

Calling Khamzat Chimaev the wolf suits him perfectly. He is not only as aggressive as a wolf, but Chimaev is also calm inside the Octagon in the most chaotic way possible. Similar to a wolf, the 27-year old is also precise during his attacks. Hence, he embodies the nickname perfectly. 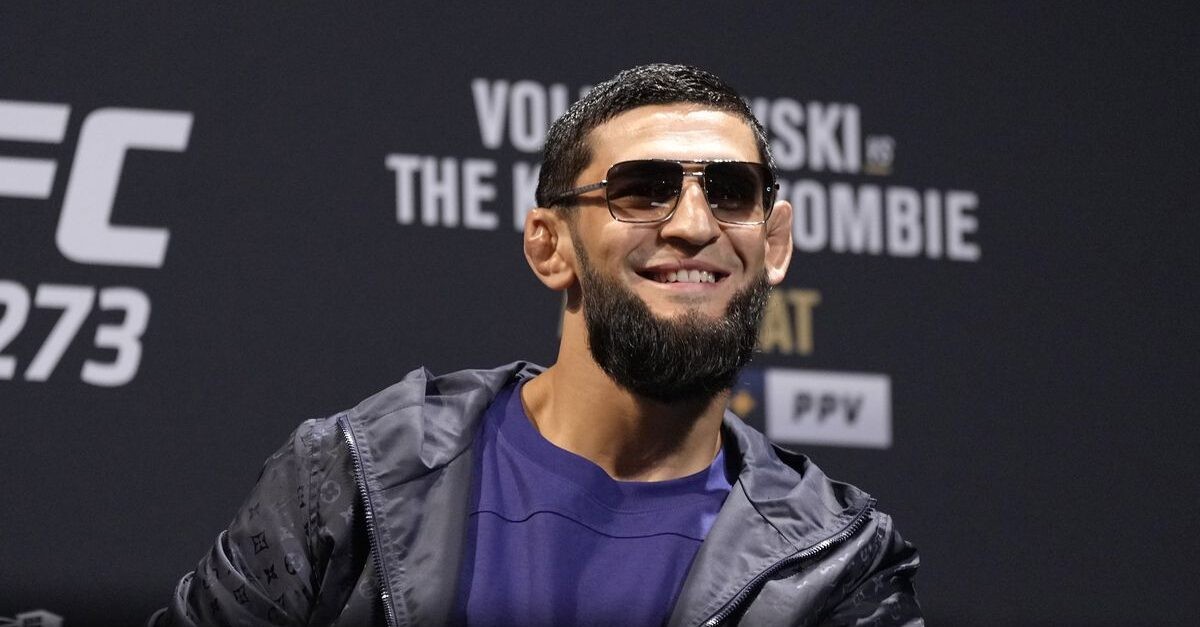 Khamzat Chimaev is perhaps the most exciting prospect ever. Only a small number of fighters such as Conor McGregor, Jon Jones and Israel Adesanya have witnessed such hype during their rookie years. However, the hype is justified based on the performances he has turned in so far.

However, that figure will obviously change as he fights people who are ranked higher than him. But he will not mind taking a few more punches if Chimaev can maintain his undefeated record. Very few fighters have an undefeated record in MMA. If Khamzat can maintain it while fighting at the highest level of UFC, it will undoubtedly be one of the biggest feathers on his cap.