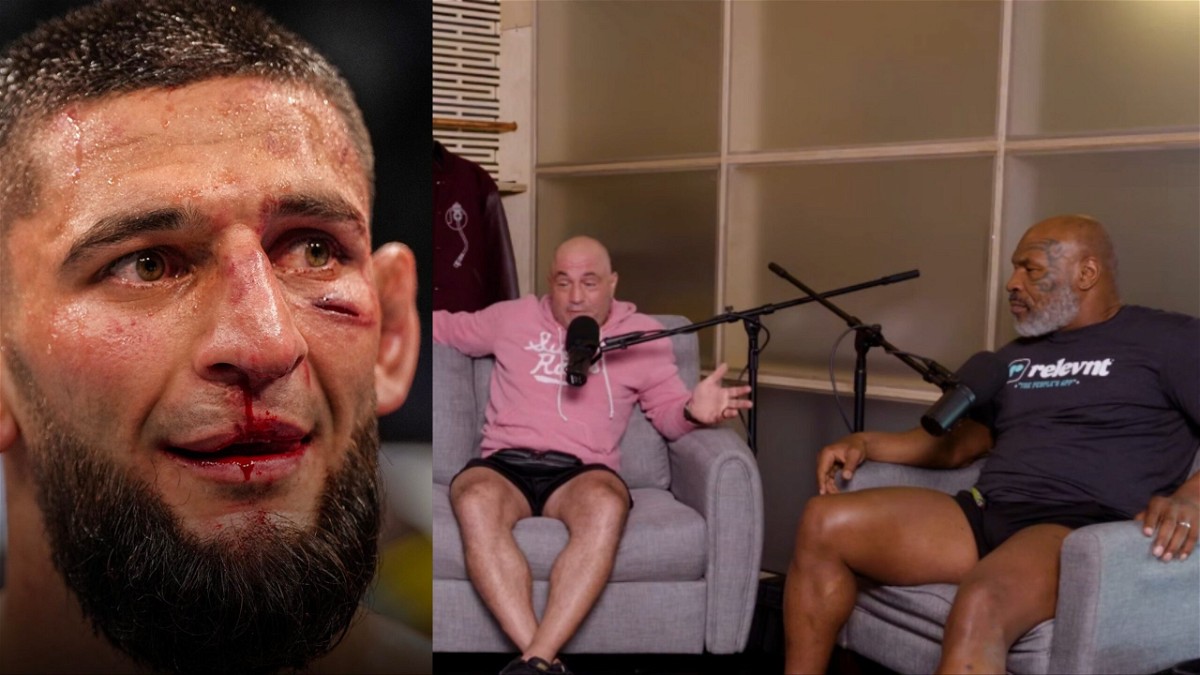 During his recent appearance on the ‘Hotboxin’ with Mike Tyson‘ podcast, UFC broadcaster Joe Rogan and legendary boxer Mike Tyson spoke on the most exciting talent in the UFC roster at the moment, Khamzat Chimaev.

The 27-year old fighter engaged in an exciting brawl against a top-ranked welterweight contender Gilbert Burns at UFC 273. Although Khamzat got his hands raised at the end of the bout, it was certainly close and the result could have gone either way.

During their conversation, Joe Rogan and Mike Tyson discussed the Chechen fighter’s last bout with Burns. Although Tyson did not watch the fight, he has certainly heard a lot of great things about Chimaev. Rogan then explained what happened in the fight between Burns and Khamzat to Mike. He said,

“It was a very good fight though, very close fight. It was the first time Khamzat had ever been tested. Gilbert dropped him, Gilbert hit him with a big right hand and dropped him.”

While talking, Mike Tyson caught up on the highlights of the fight. He was very impressed with the kind of endurance that Khamzat Chimaev showed last time around. Talking about Chimaev’s toughness, Joe Rogan said,

“That dude Khamzat is the fu**ing truth! He is the fu**king truth. Cause he got hit by got hit with bombs. He got his head spun around backwards. (But) never backed off.”

One of the interviewers asked Joe Rogan about how Khamzat Chimaev matches up with UFC welterweight champion Kamaru Usman. To answer the question, the ace comedian compared how dominantly Usman defeated Gilbert Burns defeated as opposed to ‘The Borz‘. Rogan explained,

“See, the thing is, Usman beat Burns in his last outing pretty handily. I mean Burns caught him in the first round with a big shot. But Usman survived easily and then stopped Burns afterwards. (Kamaru Usman) was the first guy to dominate (Gilbert Burns) like that. So there’s levels.”

The fans of Mixed Martial Arts (MMA) know that MMA math is wrong more often than not. Just because Usman had an easier time against Burns, it does not mean that he will run over Khamzat Chimaev. But Khamzat certainly needs to tighten up his striking defence. Hopefully, he will be able to show much more of a mature approach against Colby Covington which is currently in the works.

Watch: Mike Tyson Brutally Punches Airplane Passenger in the Face After Being Annoyed by Him