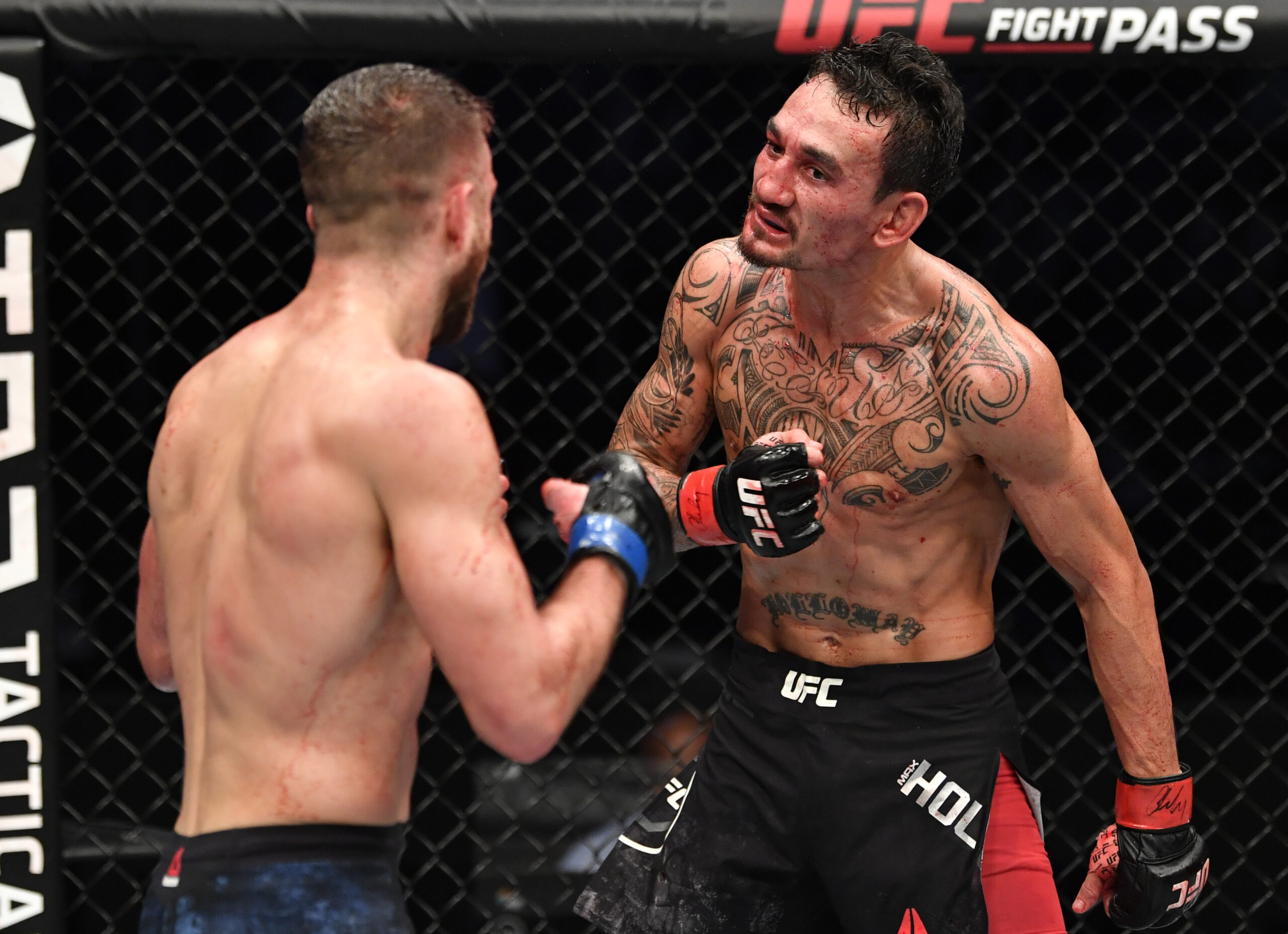 Max Holloway put on one of the best performances in the history of the UFC featherweight division when he took on Calvin Kattar on UFC Fight Island 7.

Max Holloway was coming off two consecutive losses to Alexander Volkanovski. He needed to make a statement to claim one more title shot against Volkanovski. Though the pressure was on Holloway he put on the best performance of his MMA career.

More than 700 attempted strikes and 289 significant strikes, these stats are enough to express how the fight went. Max Holloway looked better than ever before and put an incredible pace and volume, completely outclassing Kattar.

Calvin Kattar did land his best shots in the fight, but it was too little and too late. Max Holloway dominated the fight from start to finish and secured three 10-8 rounds in all of the judges’ scorecards. 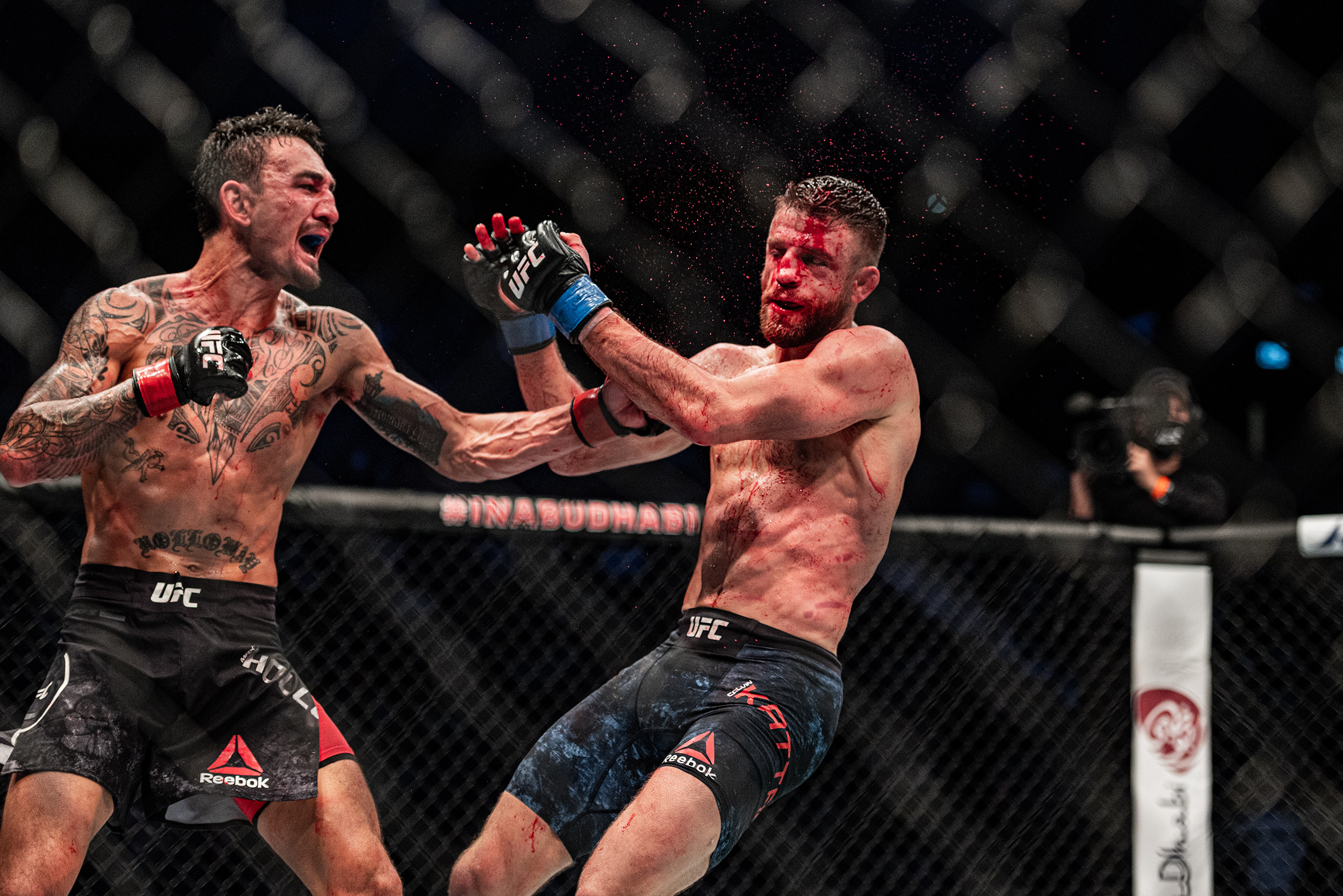 The MMA community has gone berzerk after an insane performance from Max Holloway on the first fight night of 2021. UFC analyst, Joe Rogan reacted to Max Holloway’s dominating win over Calvin Kattar and stated:

“Legit superhuman performance by @blessedmma. I am truly blown away. He was already one of the best fighters in the sport and he reached a completely new level tonight. The combinations, the angles, the volume, the octagon IQ… it was completely off the charts. So interesting that he didn’t even spar for this camp. That was about as impressive a performance as I’ve ever seen, and hats off to @calvinkattar for being one of the toughest motherfuckers alive and a complete savage. Very few men could have weathered that barrage like he did.”

What’s next for Max Holloway and Calvin Kattar?

Though Max Holloway has lost two fights against Alexander Volkanovski it’s impossible to deny him another shot at the title. However, UFC has already booked the next fight for Volkanovski against Brian Ortega. Holloway has fought both of these featherweights and is very likely to cross paths with them once again.

As far as, Calvin Kattar is concerned, his stock rises after tonight as well. He got beat by the best featherweight of all time, but he showed tremendous heart and durability in the fight and survived Holloway’s vicious attacks. In an exciting and talent stacked division such as featherweight, there are still a lot of fights present for the Boston Finisher.