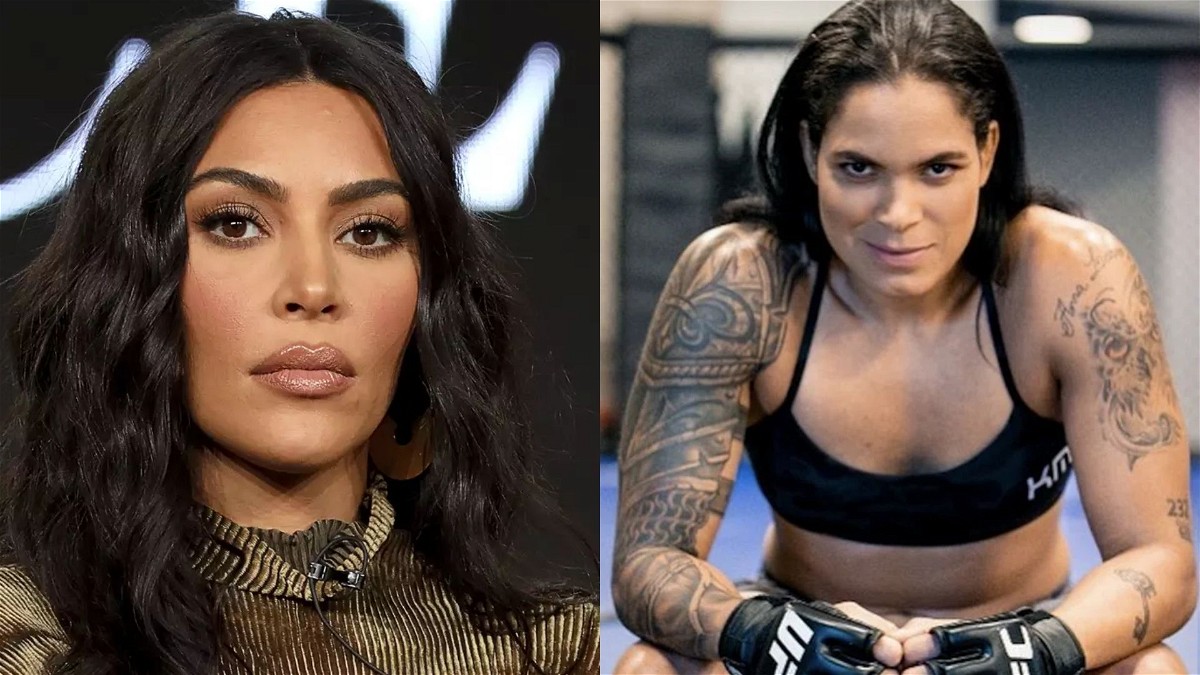 Amanda Nunes is the face of women’s UFC as she is one of the biggest PPV stars in the company.  She is also the first woman and the third UFC fighter to have become a two-division champion simultaneously. Amid all this celebrity boxing, UFC fighters have also expressed their desire to earn an easy payday with fights against YouTubers.

Reacting to Floyd Mayweather Jr vs Logan Paul exhibition match UFC president, Dana White mentioned “There’s always going to be a market for that kind of stuff. Some people are willing to put up 50 bucks to watch that kind of stuff. He also suggested that “Think about this,  Imagine Kim Kardashian wanted to fight Amanda Nunes. How big do you think that fight would be. It would be huge. It would be the biggest fight.”

Later Amanda Nunes went on Twitter and called out Kim Kardashian for a fight. The chances of this fight taking place is quite minimal and it is very unrealistic as there would be no competition between the two. But it would be great fun to watch if this fight is made somehow.

Also read: Dana White Reveals the UFC Fighters That Can Replace Conor Mcgregor as the Next PPV Stars

Amanda Nunes talks about her next opponent Julianna Peña

Amanda Nunes is set to defend her UFC Bantamweight Championship after one and a half years when she faces off against Julianna Peña. However, it is surprising that the #6 ranked fighter got this opportunity for the title. But the challenger believes that she deserves the opportunity and she is the worst possible matchup for “The Lioness” stylistically.

But all the trash talk from Julianna Peña does not seem to affect the Bantamweight Champion as she thinks that those “types of girls” bring the best out of her in the octagon. “The Lioness” believes that “All my opponents, it’s the same thing, Since I get this belt, they say the same thing. None of them has been able to stop me. She’s going to be the next. She’s not going to stop me with her wrestling. I promise you.”

Therefore Amanda Nunes is very confident about the match as she believes that she will defend her Bantamweight belt against Julianna Peña on 7th August 2021 at UFC 265.